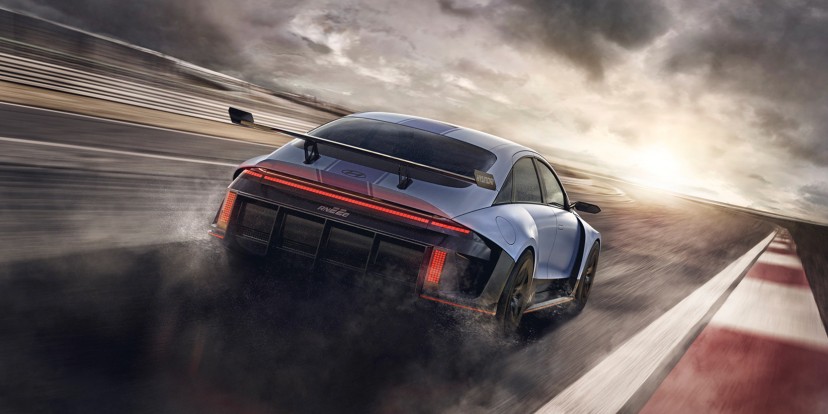 What a week for Hyundai - first the Ioniq 6 premiere and now the Hyundai N Day. It’s one day a year that Hyundai fans eagerly await to see the future of performance cars from the South Korean manufacturer. We expected to see the Ioniq 5 N, but we got to witness the rebirth of a legend instead. The Ioniq 6 N was in attendance too. 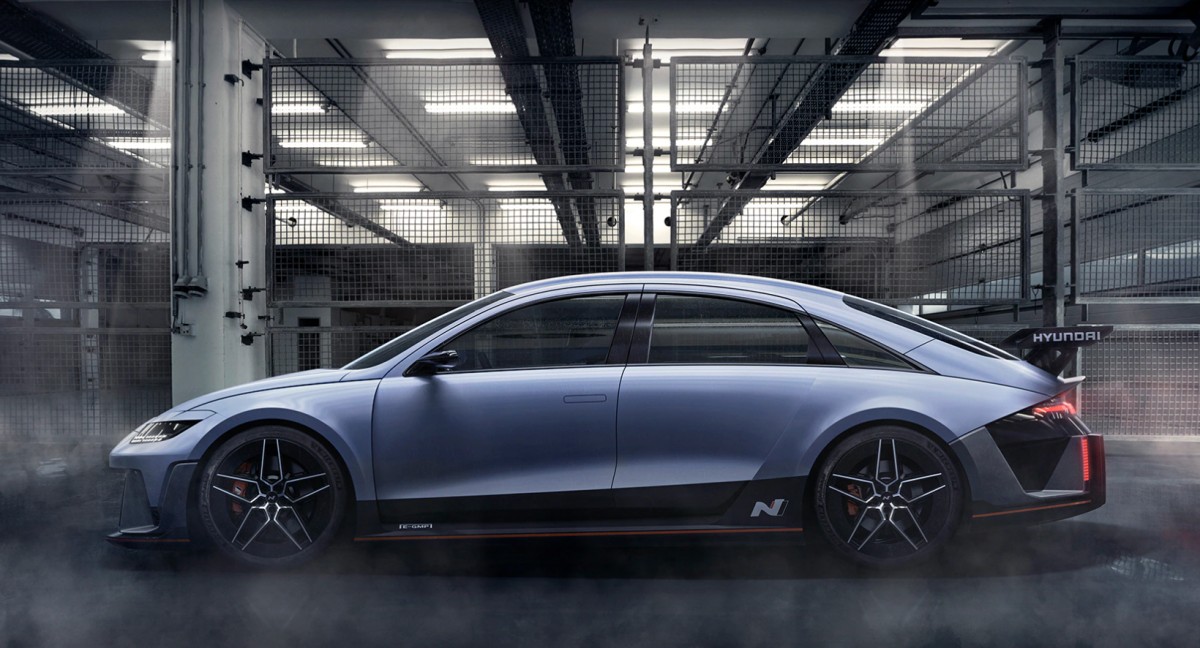 The Hyundai N only became a dedicated performance division in 2016, but it already has a few rule breaking everyday cars and is starting to threaten established performance models from global automakers. And now it's ready toke another step forward. 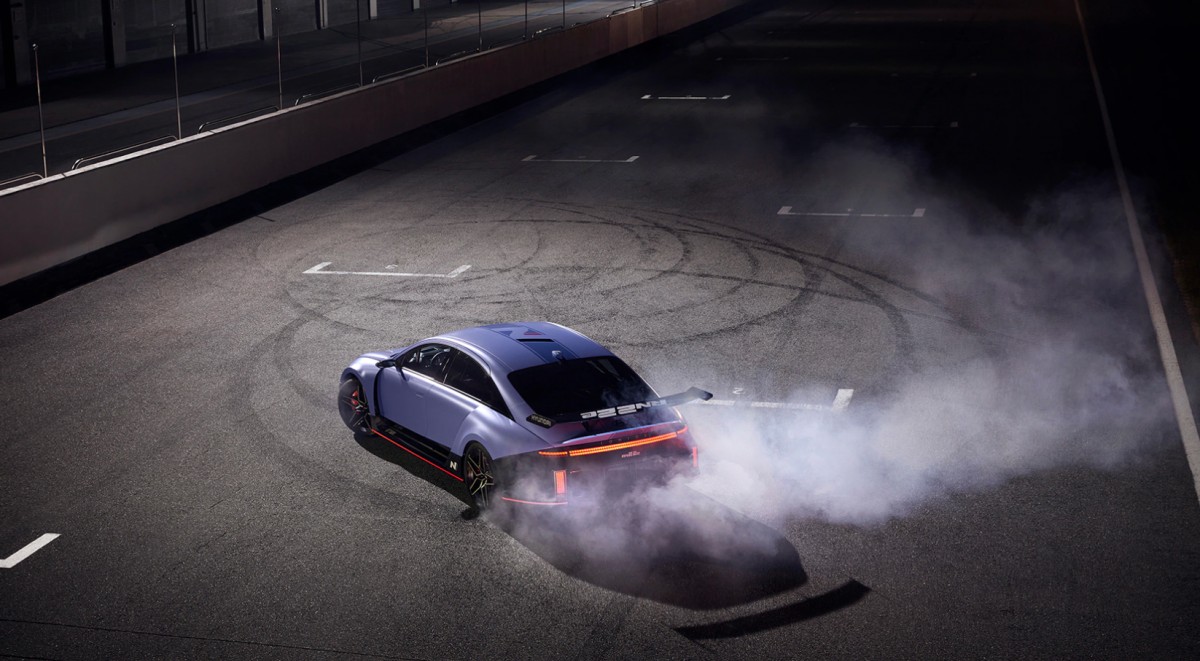 First out the gate is the Hyundai RN22e - a racetrack focused Ioniq 6 which is used by the company as a Rolling Lab for the future Ioniq 6 N. And before you ask - Ioniq 6 N is coming in 2023.

The RN22e has the same 77.4kWh battery as the future Ioniq 6, but many parts have been upgraded. The front and rear track is much wider and the body panels have been changed accordingly. The front bumper is clearly designed for motorsport and the rear wing completes the aggressive looks.

The front bumper channels the airflow to the sides to cool the brakes and through the hood to boost the downforce. The camera mirrors are gone and are replaced with standard motorsport items as per regulation requirements.

Inside there is a full roll-cage and performance bucket seats replace the standard ones. The car rides on 21” rims wrapped in Michelin Pilot Sport+ rubber and sits at least 50mm lower than the standard Ioniq 6. 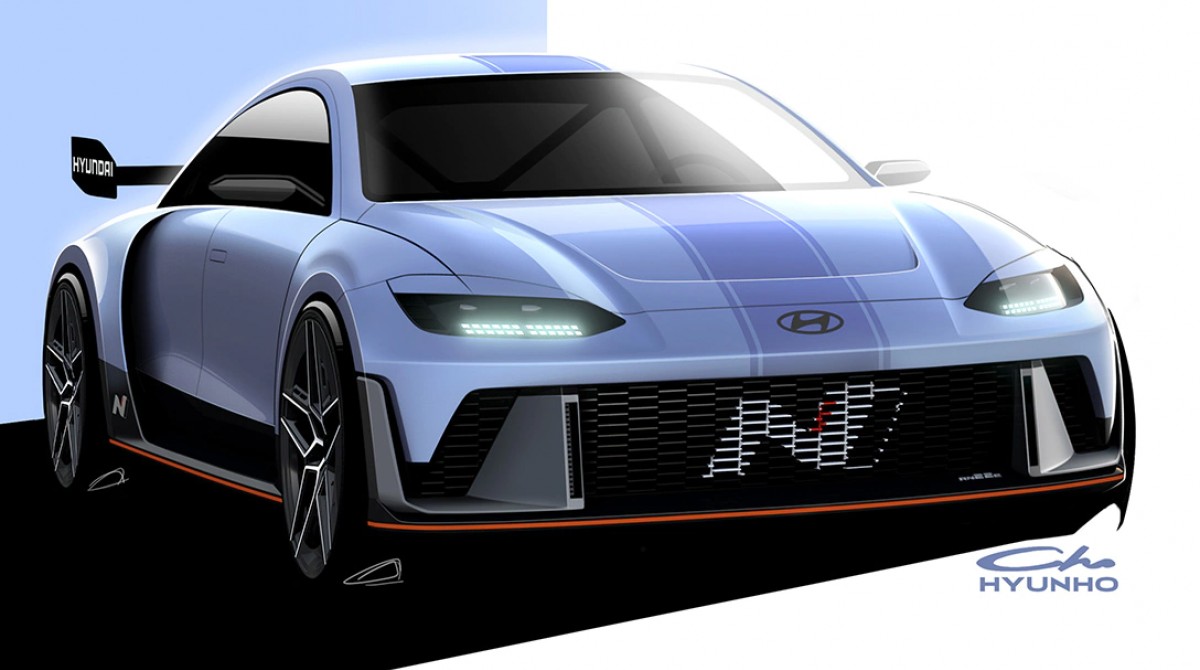 The twin-motor AWD system delivers 430kW (585ps) - just as we expected since it is the same powertrain we saw in the Kia EV6 GT. Total combined torque is 740Nm matching exactly its sibling. Top speed is over 250kph (155mph) and unsurprisingly it takes 18 minutes to charge the battery from 10 to 80%.

It all starts with a sketch

Performance wise there are no surprises but the looks of the RN22e are a completely different story. We just hope most of the design makes it to the production Ioniq 6 N. The wide body most likely will be ditched, but odds are the styling will be carried over. 2023 is only a few months away ladies and gents, you can put your names down at your local Hyundai dealer and you need to be fast because the waiting line will be very long. 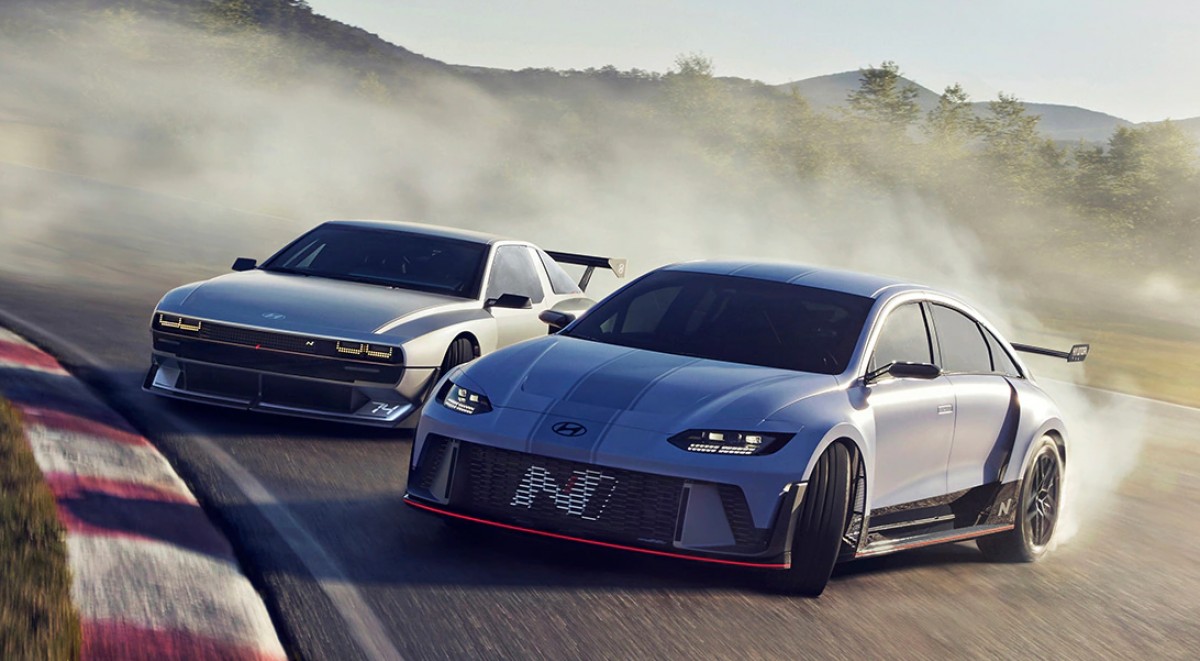 The second car to be unveiled today was a real surprise. Hyundai did tease an image of a covered up car with a giant rear wing and from the shape it did look like a classic vehicle. And what a classic it is - a throwback to the Hyundai Pony Coupe we are treated to the N Vision 74, Hyundai’s first hydrogen "Rolling Lab" car. It takes a few minutes for the images to register in our brains and for us to realise what we see. The car looks like it just came out of Cyberpunk 2077, it’s only missing Keanu Reeves behind the wheel. It looks like something that Ken Block should be driving, he probably is already thinking of swapping his Quattro for the N Vision 74 and making frantic calls to Hyundai HQ. 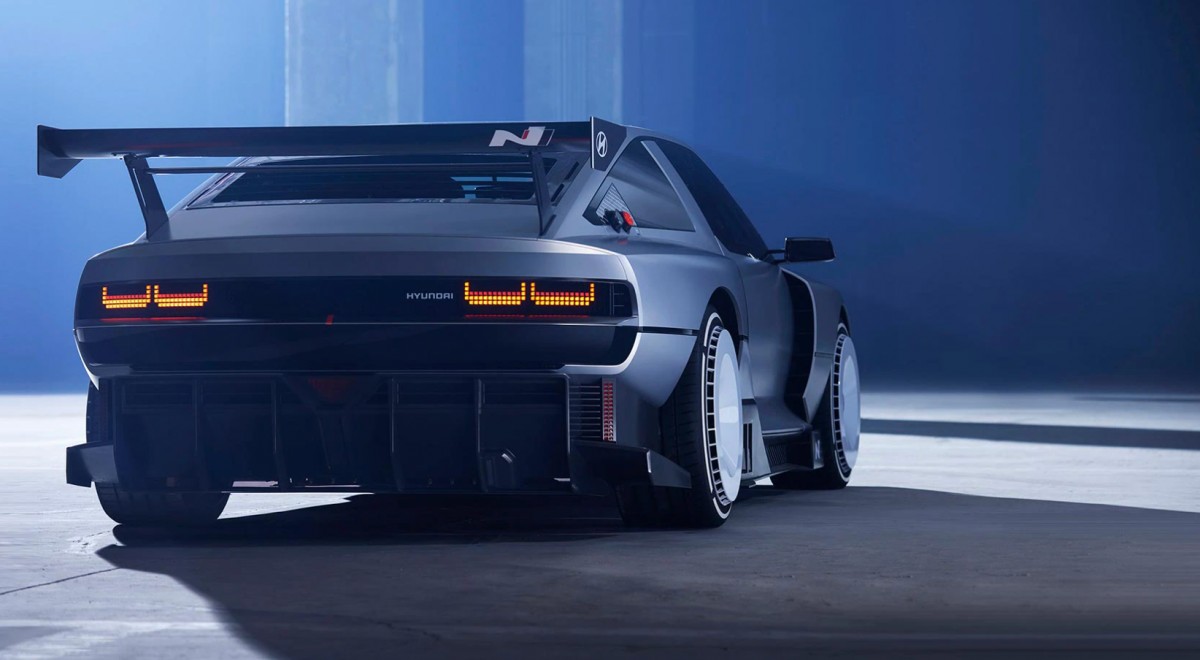 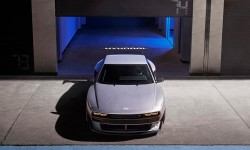 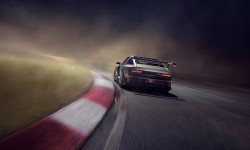 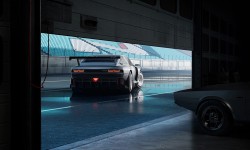 The technology inside of the car fades to a background and the design just makes you take a deep breath and when you let the air out, it comes with a long whistle. The car is powered by a hydrogen fuel cell that delivers electricity to the 800V 62.4 kWh battery pack. Two electric motors sit at the back and put out 500kW (680ps) of power to the rear wheels. The torque stands at 900Nm, turning this into a veritable drift monster. Without its giant rear wing the only way to take corners would be by looking at them through the side windows. N Vision 74 dictionary definition should read “fun”. 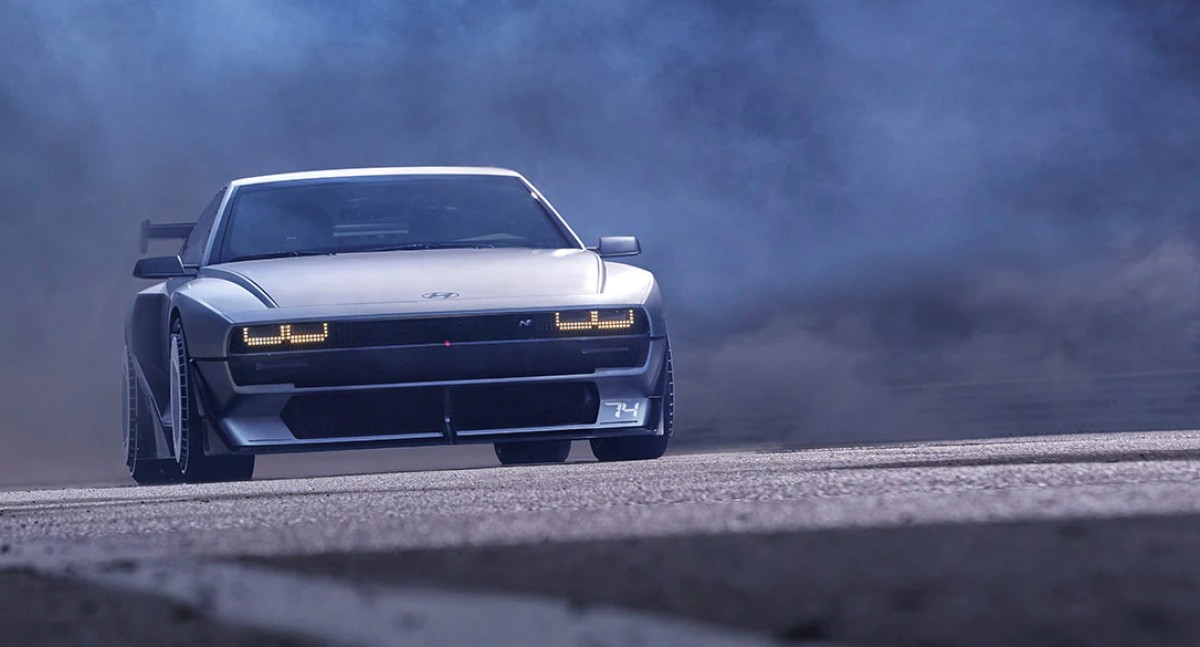 The hydrogen tank has 4.2kg capacity and the fuel cell delivers 85kW net output and 95kW at peak. It takes 5 minutes to refuel the tank and the range is over 600km. Top speed over 250kph is irrelevant, this car is made for cornering fun and straight line speed is just a distraction. Hyundai planned it very well, madeus wait to see the Ioniq 6 N - which technically we didn’t. The automotive world was waiting for the Ioniq 5 N, which we all saw testing at Nurburgring. It didn’t make it to the announcement either. The N Vision 74 stole the show and made us forget about them for a bit. Does it mean the Ioniq 5 N is not coming? The test car we saw at Nurburgring was a production model, in what looked like its final form. Did Hyundai change its mind? Unlikely.

We can expect another announcement pretty soon, the Ioniq 5 N is coming. For now, let’s enjoy the N Vision 74 and the RN22e. Those early hybrids got us worried for a while, but the electric future is actually going to be so much fun. Moreso than old school driving even, seeing how hot things already get and we are only at the start of the transition.

Here is the Hyundai N Day video if you want to rewatch the whole thing:

Hyundai Ioniq 6 spotted on the street with normal mirrors

But this car is alive. Just bring an electric version.

Any Cyberpunk 2077 modders reading this?😇