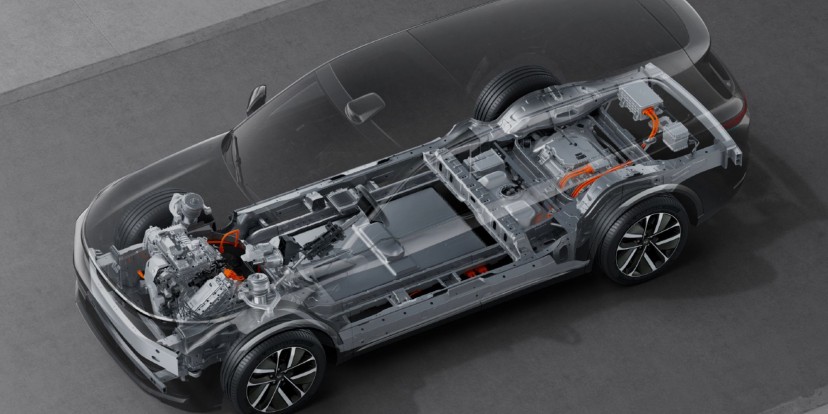 Buying an electric car is not an easy task. Choosing between the brands and then different options and trying to work out which one offers the biggest bang for the buck can give anyone a headache. Then there is charging - are there any public chargers where you live and drive? Can you charge at home? What if the answer to the last two questions is a resounding no? Can PHEV be an option? What about an EREV?

EREV is a slightly different take on the well known PHEV - both have electric motors and both are powered by batteries but that’s where the similarities end. The EREV uses a combustion engine purely as a generator and as such there is no connection between the engine and the drivetrain. Usually a gasoline engine, the generator has a sole purpose of charging up batteries when they run low. 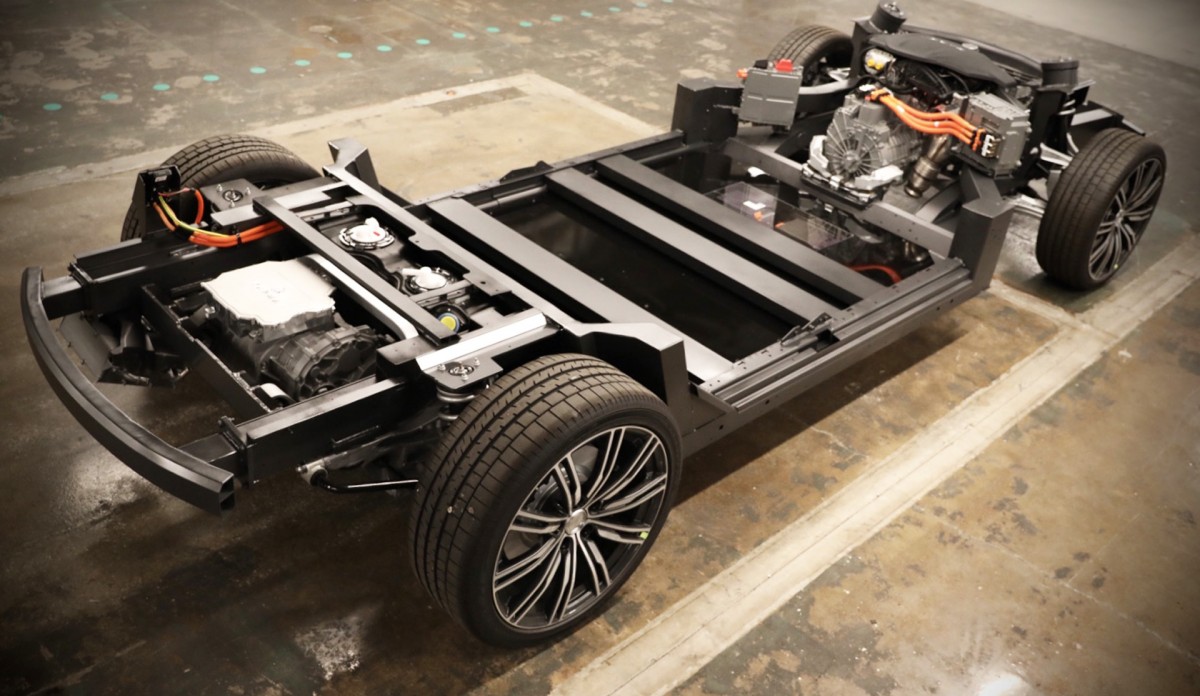 Since the car comes with a charger built-in, there is no need for a large battery and usually these cars come with a battery pack no larger than 45 kWh. It is still big enough to offer a decent electric-only driving range compared to PHEVs. Some of the EREVs can travel on battery power for as much as 200 km. When the batteries run low, you’ll have two options - let the generator kick in or stop at a DC charger for a quick top-up.

That option is quite interesting, it means the EREV essentially works as an EV with the ability to recharge itself if there are no DC or AC chargers around. 200 km range is often enough for many drivers and having the generator onboard means peace of mind for longer trips or unexpected situations.

If both types of EVs have combustion engines - how do they differ? In essence, the EREV can be considered a next generation of PHEV. Disconnecting the gas-powered engine from the drivetrain means no need for complicated gearboxes and the engine itself can be run at constant revs, at its most efficient speed thus even further saving fuel. 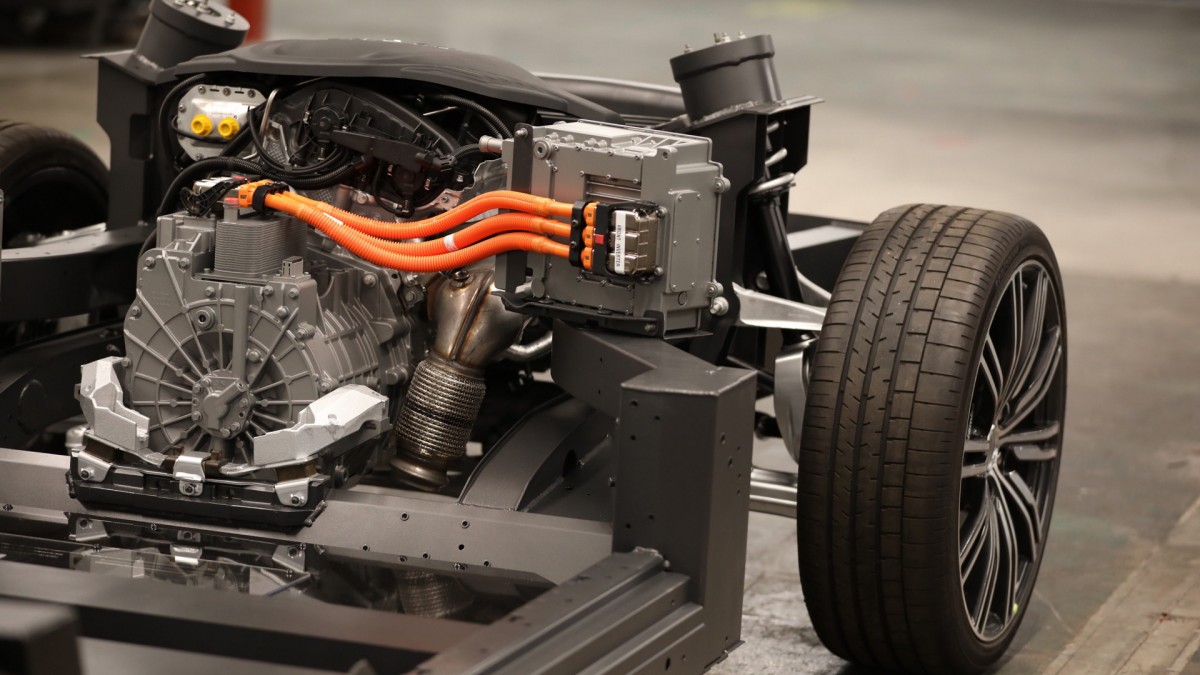 Range extender in an EREV

The EREVs are usually far more powerful than PHEVs, it’s not unusual to see an EREV with as much as 300 kW of pure electric power. They are far more fun to drive thanks to their electric-only powertrain and the instant torque that comes with it. They obviously have a bigger electric-only driving range than PHEVs and can use DC fast chargers.

The downsides are the size - for now they are available as larger SUVs and crossovers as the manufacturers focus on that vehicle segment for now. It is hard to tell if this trend will change, the EREVs would have to become far more popular first. The other downside is the fact that some of the early EREVs are less fuel efficient than latest PHEVs and charging a car’s battery from an onboard generator can be more expensive than from a DC or AC charger.

Why even bother with an EREV?

These cars were specifically designed to offer - in theory - electric driving without the battery charging limitations. The arguably biggest stumbling block for wide adaptation of electric cars is simply the lack of charging infrastructure. EREVs remove that obstacle and offer a “stop-gap” so to speak - electric drive for as much as 1,200 km. 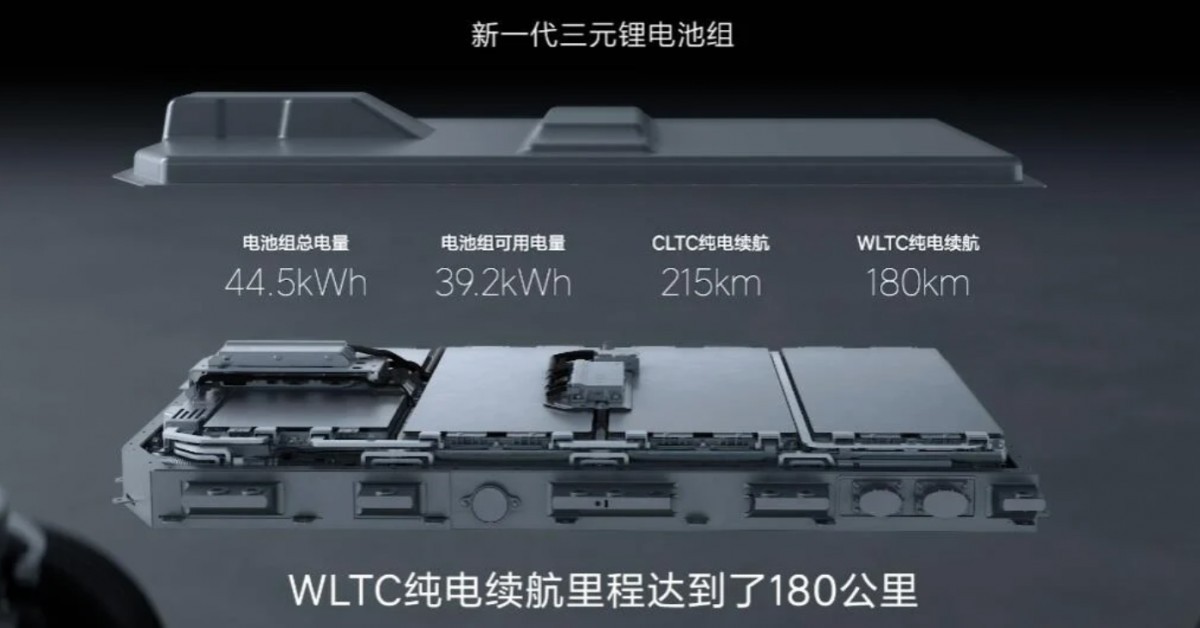 Although the charging infrastructure is constantly improving, it’ll take time before it’s available everywhere but often the time it takes to recharge an EV can be an issue. Imagine an electric emergency vehicle that needs to stop for half an hour - impossible. EREVs suit that use really well - most of the time they use battery only and the combustion engine kicks in as a last resort without impairing the car’s performance.

There is no question when it comes to price - EREVs are cheaper than equivalent EVs simply because their battery is smaller. Needing a smaller battery means not only cheaper cars but more cars. With the lithium supplies being scarce and sodium-ion batteries only just entering the market, we have a few more years before we can have cheaper batteries and more of them.

Why not to bother with an EREV

They are far from perfect, for starters when the combustion engine is not used it acts as a dead weight and in many cases the onboard generators are used less than 10 percent of the car’s lifetime - for 90 percent of it there’s about 300 kg of parts not being used at all.

The advantage of electric cars is their lower maintenance costs and EREV unfortunately comes with an engine that needs regular checks just like the legacy cars do. The engine is complex and it can break down at any point in time.

Building a small city-bound electric car is a fairly simple task, building a small EREV is not only tricky but it actually can be more expensive than a straight electric-only car. They make financial sense in bigger vehicles that need much bigger batteries.

Finally, the gasoline-powered engine needs room and that room comes at the expense of frunk or smaller trunk. Then there are added safety implications, accident ratings and as already mentioned before - reliability suffers a bit when compared to pure electric cars.

Which one to buy?

If you think that EREV can solve all your problems then it would be ideal if you lived in China. These vehicles are very popular there and the EREV segment is one of the fastest growing parts of the EV market in China. The rest of the world unfortunately doesn’t have much choice at the moment - we have to wait for the Mazda MX-30 R-EV which will come with the glorious rotary engine. It’s great news for the RX-7 and rotary power fans, most likely it’ll be yet another headache for everyone else. 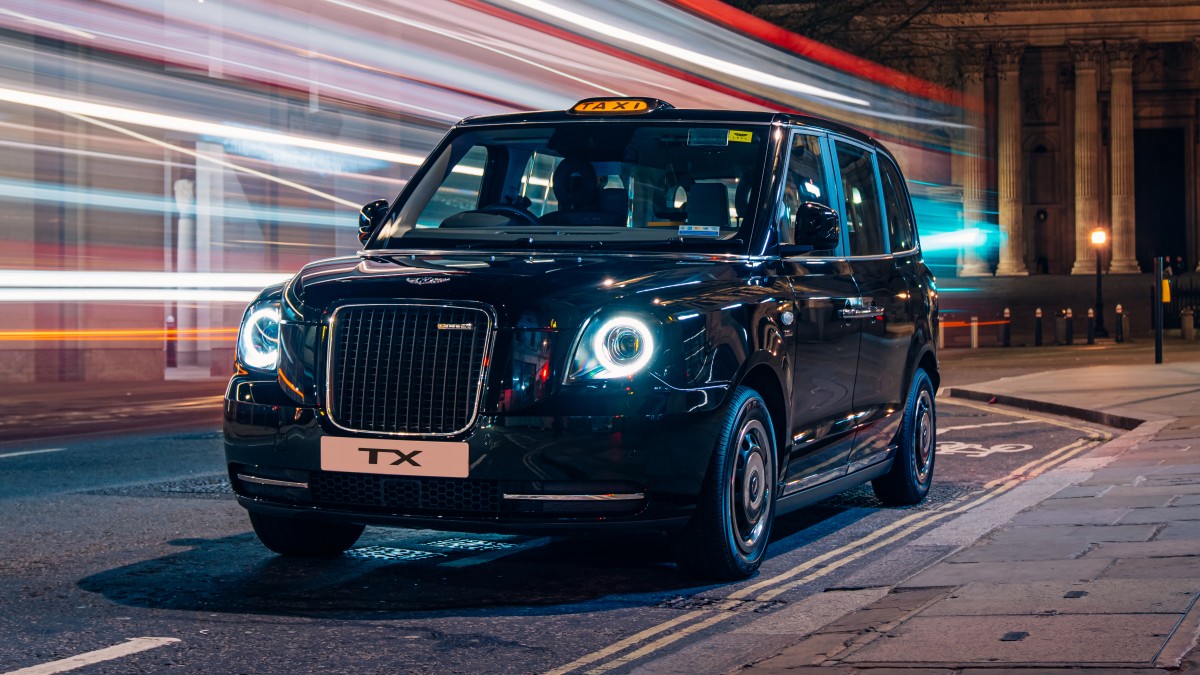 The only other option is the LEVC TX - the London Taxi which is available as a passenger or van version. It has a lot of advantages that one - it is built by Geely and it uses a lot of parts from Volvo. The quality is rather good, the performance is ok and if you don’t mind strangers jumping into your car every time you stop, it could be quite an interesting vehicle to own. The interior is vast, the passenger version can handle 8 people at a squeeze or 2 in the back with more legroom than in a Rolls-Royce Phantom.

Here are the most popular EREVs from China: 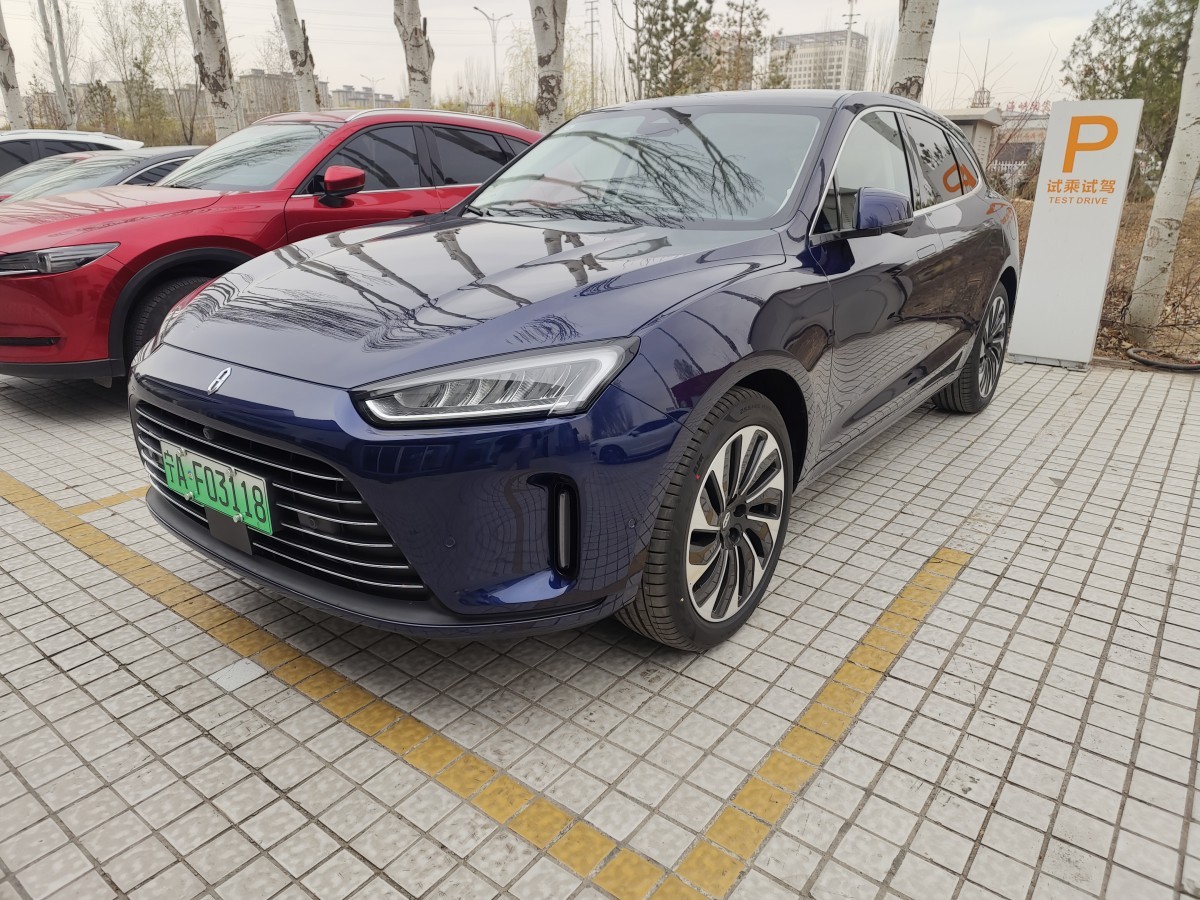 AITO M5 - one of the first EREVs on the Chinese market, we did a full review of it and you can read it right here. In the EREV specification, the car comes with a 1.5 liter turbo-charged 4-cylinder engine with 123 hp - that power doesn’t count though towards the total output of the vehicle since it isn’t connected to the wheels.

The battery has 40 kWh capacity and offers 140 km of electric-only range. After that the extender kicks in giving the car a total range of over 1,000 km (NEDC). The EREV is available both in 2WD and AWD versions with the latter having two electric motors with total power output of 315 kW and 720 Nm of torque - the resulting sprint from 0 to 100 km/h takes just 4.4 seconds. 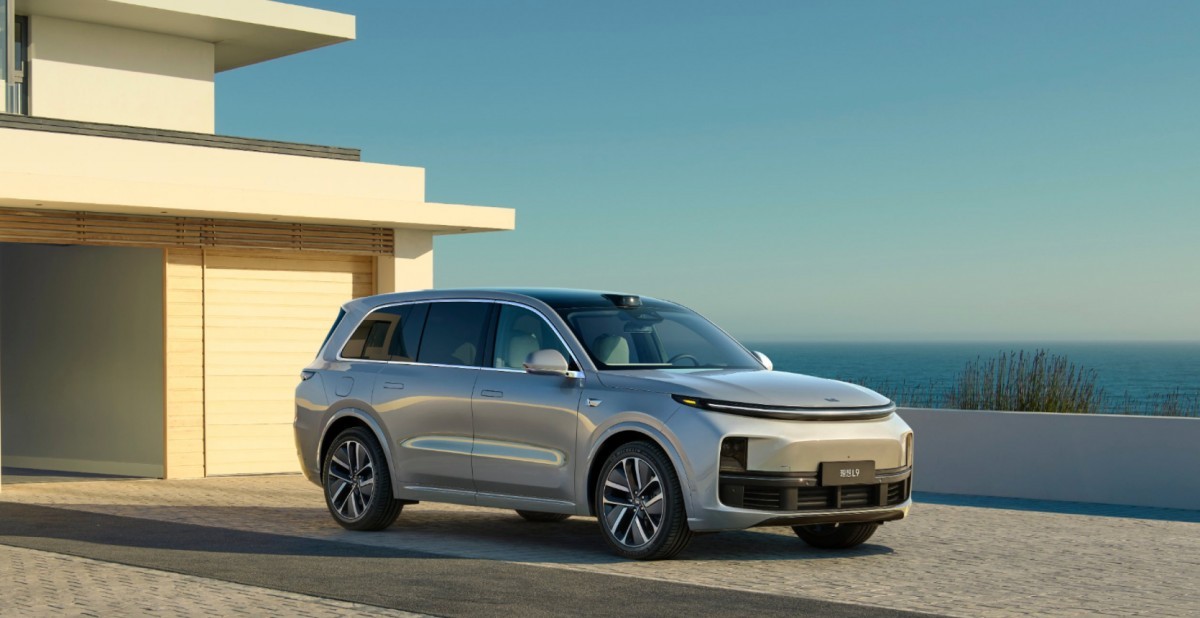 Li Auto family of vehicles is only available as EREVs - the precursor was the Li ONE which now has been replaced with the Li L9. Then there are the Li L8 and Li L7 which offer a 42 kWH battery coupled with a 1.5 liter gasoline-powered generator. Total range according to the company stands at 1,315 km for the L8 and out that 210 km can be driven on the battery power.

Range extender in the Li L9

The larger L9 uses the same range extender but its battery is slightly bigger at 44.5 kWh, due to the vehicle size though, its electric range is lower at 180 km. The total range is strangely identical for the two cars - 1,315 km. There is no information yet available on the upcoming Li L7 but it will use the same generator and its battery will be most likely around 40 kWh. 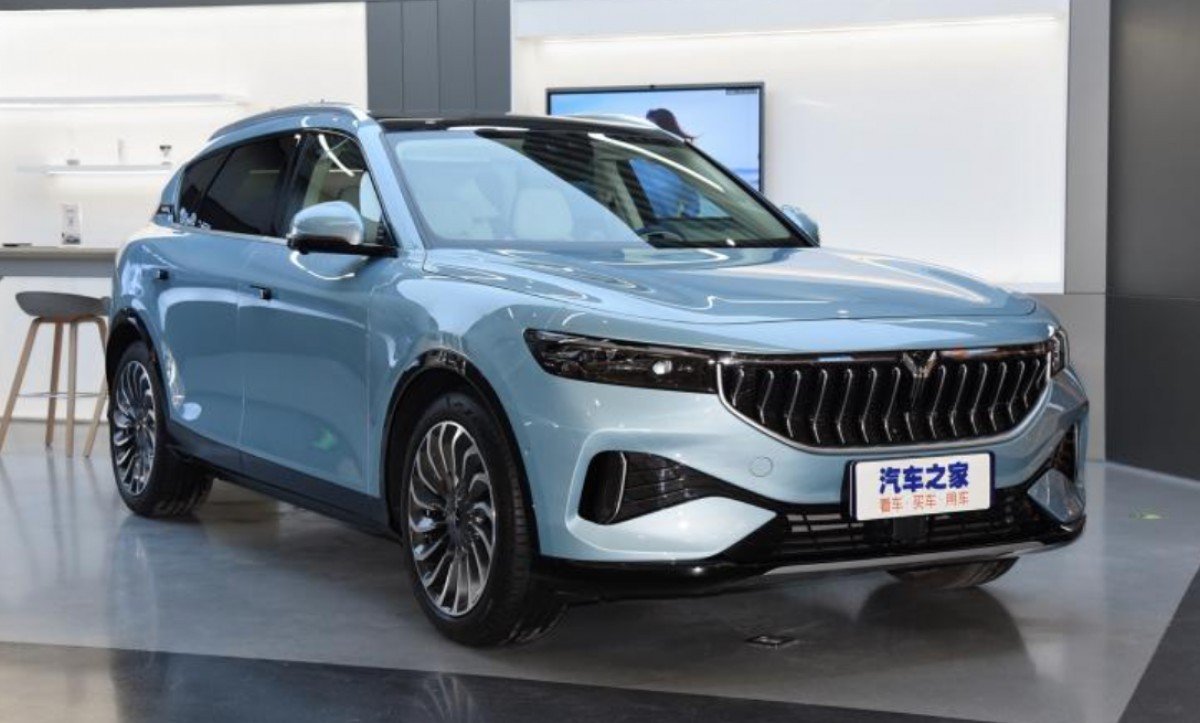 Voyah Free is yet another Chinese EREV which is available in a battery-only option as well. In the EREV trim it uses the familiar 1.5 liter turbo-charged 4-cylinder engine coupled with a 33 kWh battery pack. The power comes from two electric motors and peaks at 500 kW or 671 hp with the torque of 1,000 Nm. The combined range is quoted as 860 km (530 miles) and the 0 to 100 km/h time is 4.6 seconds.

Voyah Free uses a 56 liter fuel tank and the company has not confirmed the car's electric-only range bu we can assume that with the 33 kWh battery it is likely to be no more than 160 km. That leaves us with 700 km of driving range covered using the extender - that results in a fule consumption of 8l/100km

BYD Han is available both as an EV and EREV

BYD offers a fairly large lineup of EREVs with the most popular being the Song Plus, Tang and Han. The EREVs from BYD are designated as DM-i trim (Dual Mode) and come with the 1.5 liter engine powering the car’s either 10 or 21.5 kWh battery. All three vehicles are capable of over 1,000 km total combined driving range according to the manufacturer.

BYD Han DM-i with the larger battery can cover up to 242 km in electric-only mode and additional 1,158 km using the range extender. With 50 liters fuel tank it gives the car an average consumption of 4.3l/100km

First of all - EREV is not a new invention. That’s exactly how electric vehicles were first used in the early 1900s - due to lack of reliable battery technology, gasoline generators were used to power electric motors. Bit closer to our times, Chevrolet Volt and BMW i3 REx were both technically EREVs - they did not sell in big numbers and are no longer manufactured. The Volt could actually drive the wheels thanks to its clever clutch and the fuel tank on the i3 REx was meant only as an emergency solution.

WIll the EREV trend catch up? It all depends on how quickly the charging infrastructure for EVs grows and how quickly cheaper batteries are developed - those two things are slowing the progress down and as long as they are a problem - EREV can serve as a solution. With the global governments pushing ahead with ambitious targets, these cars offer a quick solution. They don’t fix the emissions problem in the long run, they simply offer a bridge between yesterday and tomorrow.