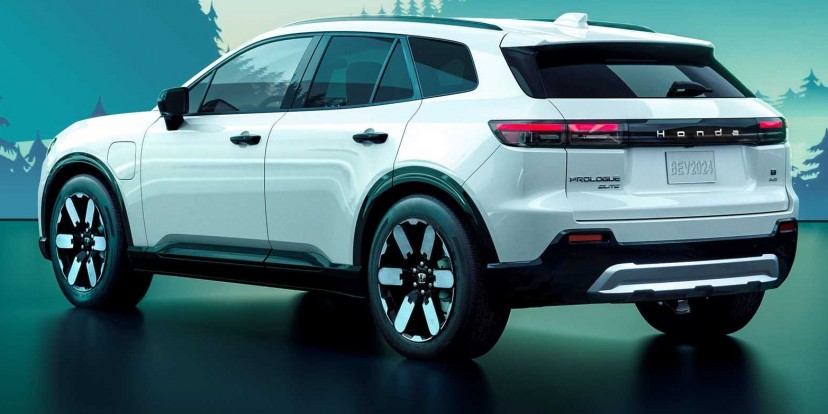 Honda partially introduced the Prologue today - a large SUV that should hit the roads in 2024. We say partially because we only have a couple of images and some basic specs to work with. It is designed in the Honda Design Studio in Los Angeles and features the so-called "neo-rugged" design language. The images below show the car in North Shore Pearl.

The vehicle is positioned above the CR-V and features a long wheelbase of almost 3.1 meters. The total length is 4.88 meters, it's also rather wide - a few millimeters shy of 2 meters and stands 1.64 meters tall.

The pictures depict the Prologue in 21-inch wheels and judging by the back shots, the Prologue's highest trim will be called "Elite". Moreover, the AWD lettering on the back suggest a dual-motor system is going to be available on at least some models.

As for the interior, it's built around two big screens - the instrument cluster display is exactly 11" while the infotainment one is a tad larger - 11.3". The good news is that the climate controls along with other standard features are operated via physical buttons, which is probably a huge relief for most. Let's face it, virtual controls are just not as good. 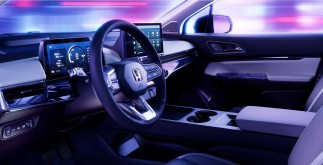 As of now, we don't have any info on the drivetrain, battery, weight, etc. More specs are expected in the coming months.

Next generation Honda NSX will be an all-electric masterpiece

Honda and LG Energy will invest $4.4 billion in a joint venture battery plant in the US

Rear view mirrors are so 'yesterday' with cameras the future. The US will adapt like they have with the global metric system! (not). Flush mounted door handles are the way forward too with an APP and a APP button-press all it takes to ope...

Looks like the grown up version of the Honda e.