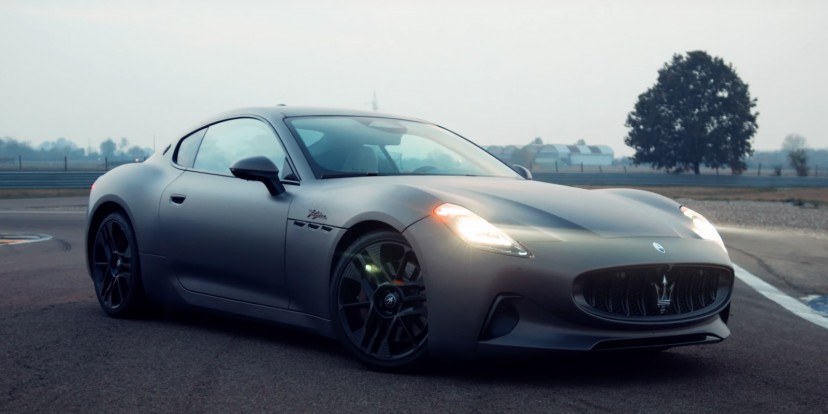 Maserati Granturismo Folgore was unveiled only two months ago after a prolonged campaign of teasers and leaks. At the time the company disclosed most of the car’s specification and it was enough for the new electric Maserati to become the fastest and more powerful production Maserati ever. But what we didn’t see was the car itself in action.

Sure, the car was driven in a few promotional videos but it never went full-send around a race track. There were still plenty of unanswered questions - what is the real power output? What does it sound like? Does it have a frunk? Is it really all-wheel drive? Does it go sideways? 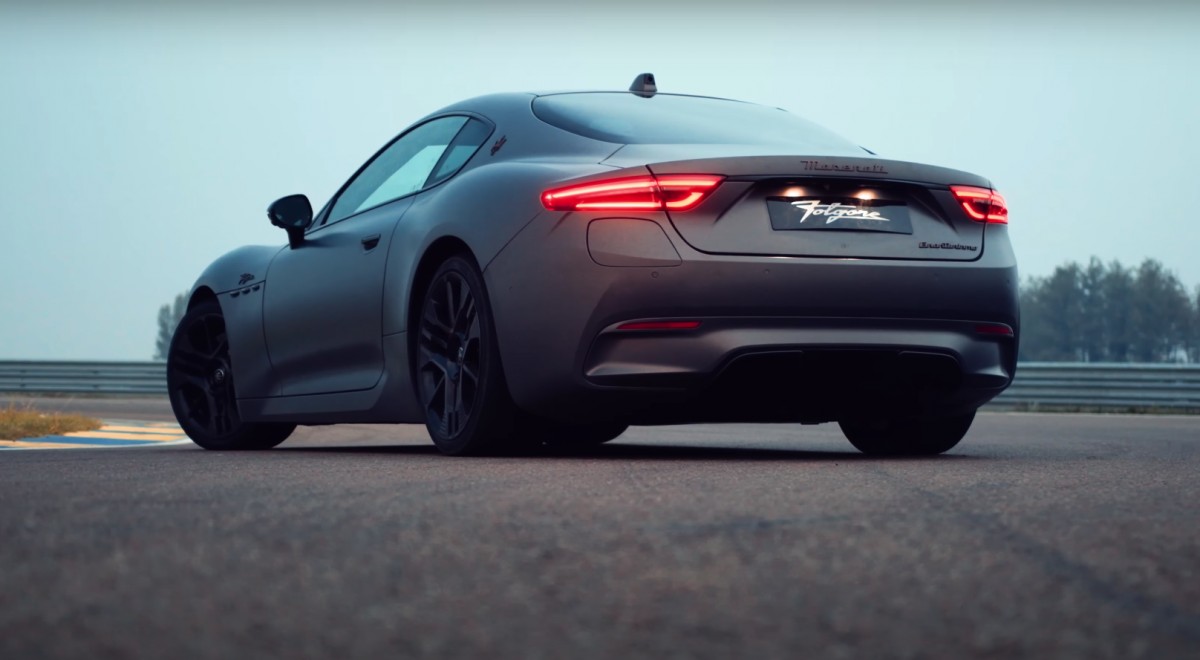 All these burning questions and some more are finally answered. Boys at Top Gear have been obviously paying attention to the Internet and decided to bend some arms and pull some favors and somehow managed to get the Maserati Granturismo Folgore out on a track and drive it the way it was meant to be driven.

Just as we suspected previously the car’s power output is hampered by the battery technology. Although, in all honesty, calling the 760 hp “hampered” is a bit of exaggeration. The car’s three electric motors are rated at 300 kW and if the battery could deliver that much power to all three - the Granturismo Folgore would run at a petrifying 900 kW or just over 1,200 hp. The two electric motors power the rear axle and one unit sits at the front but the power can be directed to each one of them as required in a matter of milliseconds. 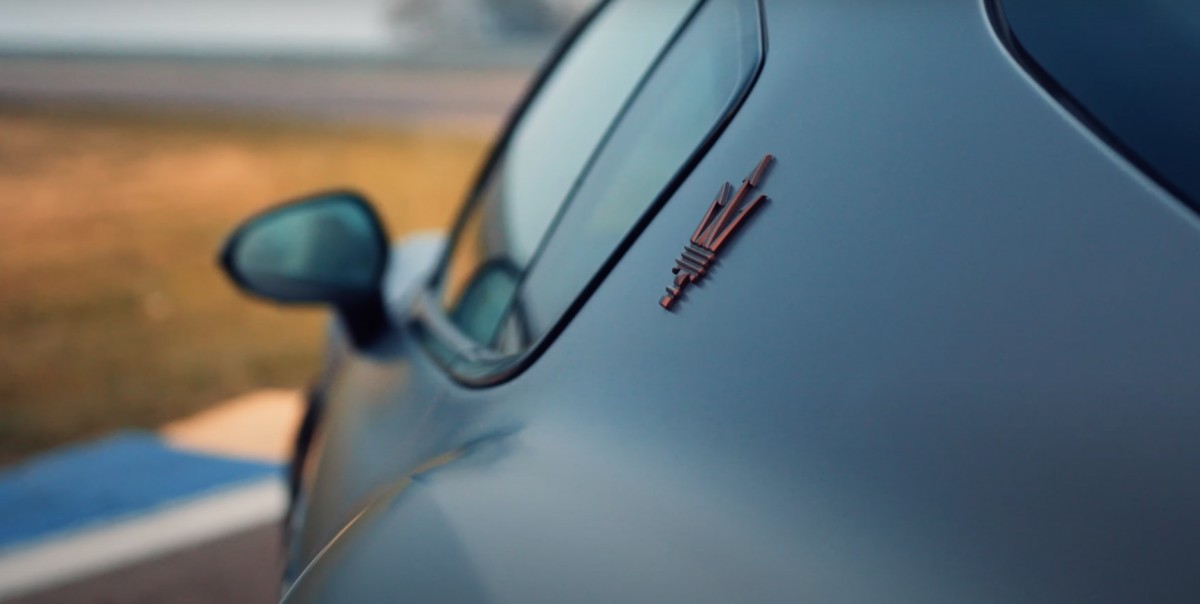 What it means as well is that there is room for improvement, it means the next version of GT Folgore with a newer, better battery will deliver more power. That’s the advantage of building a powertrain with parts of it ahead of the rest. Maserati only needs to develop or simply buy a more powerful battery technology to make the next generation GT frighteningly fast. As if the sub-3 seconds naught to 100 km/h wasn’t frightening enough.

There are 3 driving modes and the Corsa mode comes with a drift mode - swipe and tap and you're instantly transformed into DK. Obviously it’s not as simple, you’d still need to know what you’re doing but having the car work as hard as you on keeping the tail hanging out and having the front wheels pull you out in case the rear steps out too far - simply amazing. 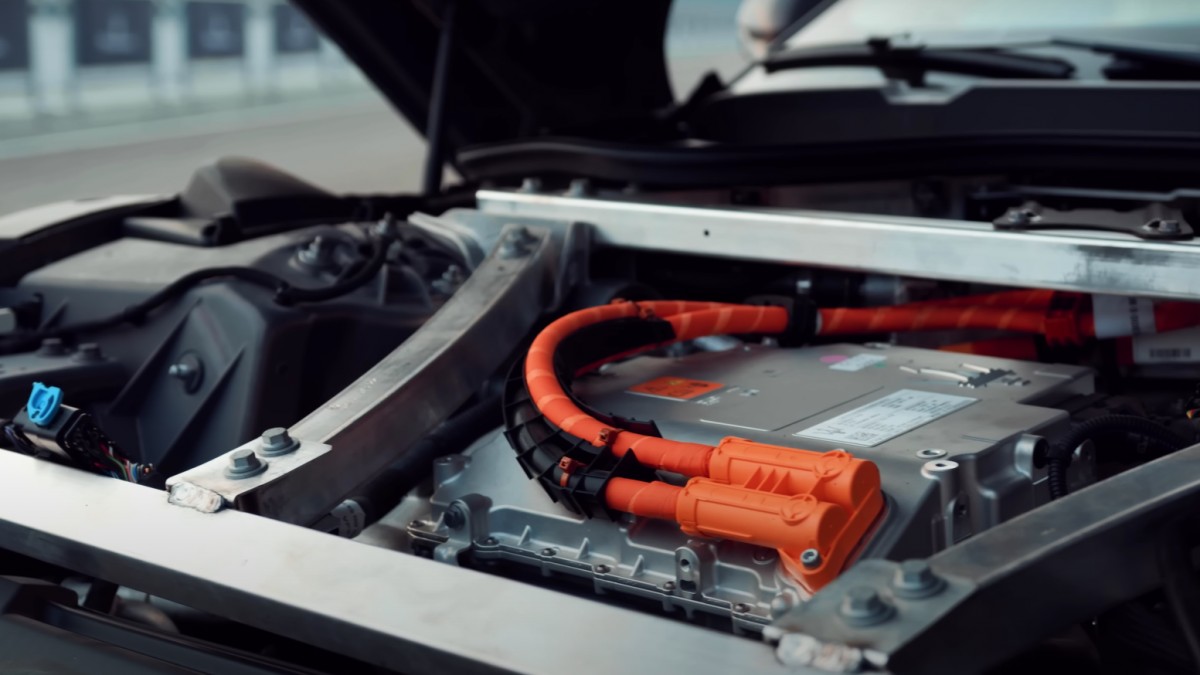 There is no frunk - that’s it, if you do buy the Granturismo Folgore you’ll have just the trunk for your stuff like every other Maserati GT owner. To make sure owners don’t try and stuff things under the hood anyway, it stays shut with no way to (officially) open it. The trunk has 270 liters capacity which is enough for a couple of weekend bags.

The interior is big enough for four adults with the batteries in the tunnel between the seats with the remainder under the hood completing the T-shape layout. Maserati managed to keep the perfect weight distribution. 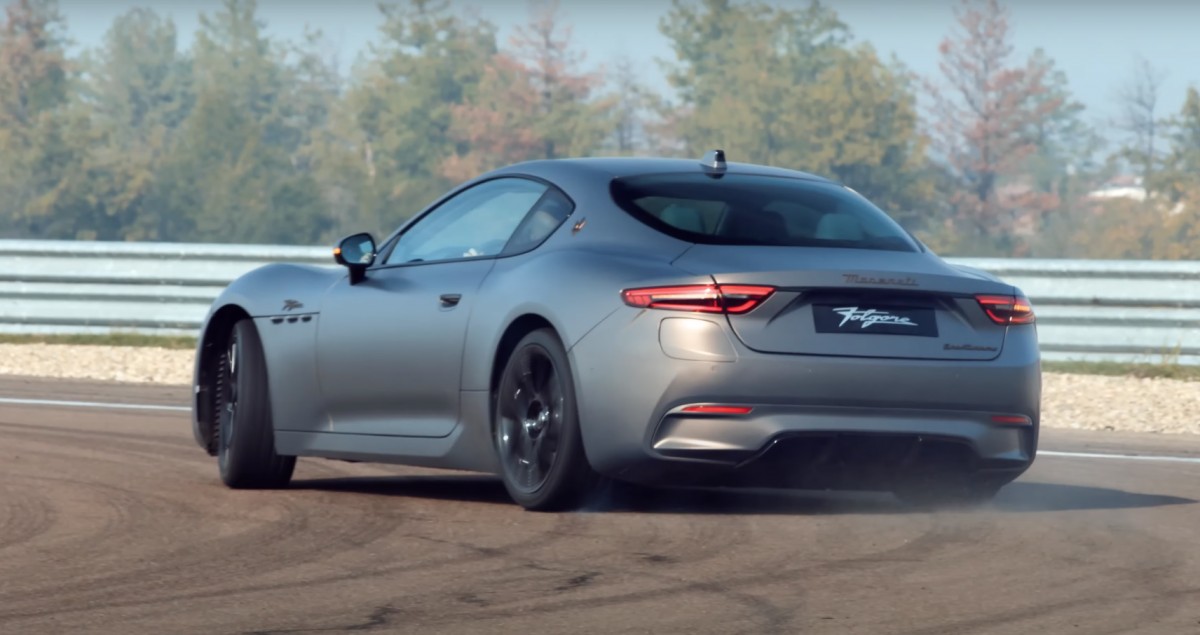 The 93 kWh battery back has a usable capacity of 83 kWh and thanks to the slippery Cd of 0.26 and really efficient electric motors the Granturismo Folgore has an impressive range of 450 km (280 miles) according to its WLTP rating. That is 100 km more than the company initially was talking about. Maserati now claims its 800V battery can recharge from 10 to 80 percent SoC in a mind boggling 10 minutes - as long as you can find a DC charger powerful enough.

The best way for you to find out what the GT Folgore drives like is to watch the video and make up your own mind:

An electric GT from Maserati that feels at home both on the racetrack and as an everyday car? It’s quite something to be honest. Finally - the price. Maserati hasn’t officially announced the prices yet but the figures they are talking about are hovering around €220,000 as a starting point. What else can you get in that price bracket? There’s always the Tesla S Plaid or the Lucid Air Sapphire but both are bigger 4-door cars. Porsche Taycan can be had as a wagon of some sorts but for now Maserati has no competition.