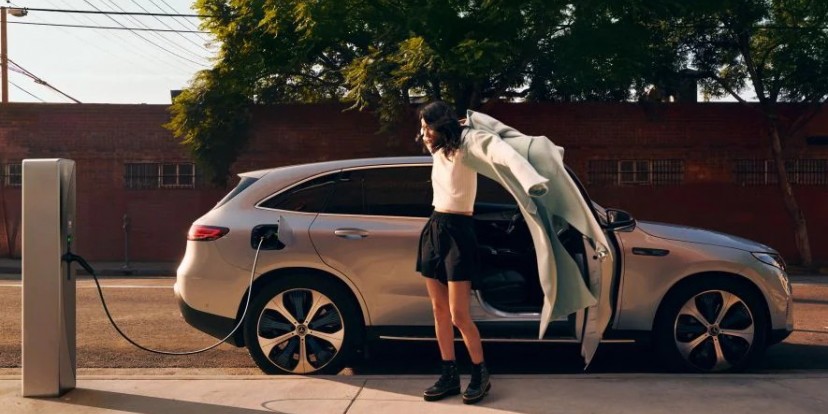 One of the concerns that comes up often in discussions about EVs is battery degradation. Since these are lithium based batteries, naturally some degradation will occur over time - and result in loss of capacity. We know this well from the smartphone realm, but over there it's much easier to estimate what to expect (normal batteries reach 80% of their initial capacity after about 800 charge cycles, for example).

If you're wondering what to expect from EVs, Bjørn Nyland delivers an answer in his video today about a Mercedes EQC that's been used as a taxi in Finland and ran for 234,518 km. An important thing to note is that the car in question wasn't charged at high power chargers, it mostly used a 40 kW charger. That may have impacted the degradation, and perhaps in a big way.

So, without further ado, let's reveal that after two years and 234,518 km the battery capacity is 73.3 kWh. The initial usable capacity for the EQC is 80 kWh, so after all of that usage the battery only lost about 8.45% of its capacity. This comes after an estimated 585 charge cycles, though do take that number with a grain of salt since it's very hard to actually calculate how many there were.

Of course this isn't the be all, end all of degradation reports, and, like we assume you are, we're also curious how things would have gone with predominantly very fast charging, but this data does give an impression of what to expect from what is a pretty extreme use case. And the battery degradation isn't anything to worry about, at least not in this case.

Mercedes EQE and EQS offer more power with a $1,200 subscription

Bb/G Hello all it seems the degradation of our batteries is quite significant. Perhaps we should consider a replacement cost and the “non-recyclable” nature of these batteries as our carbon footprint. Is it really zero carbon footprint? Y...

Nice...but give us more range, we don't want our car to be like phones, charging every day for hours

Even with fast chargers that number wont be bigger. Nowdays every fast charging phone degrades battery equal to Samsung, Sony, Apple or google slow charger proven by many users and many youtube videos and other charts and companies.