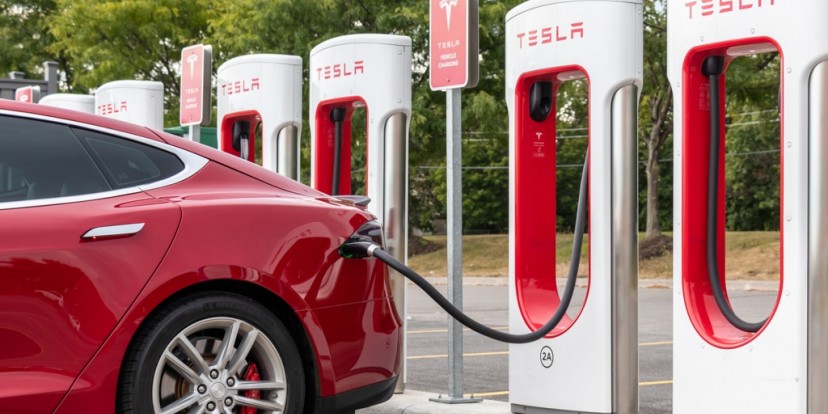 Tesla opening its network of Superchargers to non-Tesla users has been amazing for some EV owners but it created unexpected traffic at some destinations. Tesla owners noticed as well that it was rather a one-way solution with non-Tesla electric cars being able to charge both at Superchargers and CCS stations while Tesla could only use its proprietary Superchargers. Until now.

The company has finally launched the long awaited CCS charger adapter which frees Tesla owners from the Supercharger network and allows them to use a CCS public charger. Interestingly enough, there is a CCS1 adapter available since 2020 - but only in South Korea and it never made it to any other of the markets.

The new part is called the Tesla CCS Combo 1 Adapter and it can handle up to 250kW DC charging and in fact, it is identical to the one sold in South Korea. Unfortunately, using it is not as easy as many hoped for, the adapter works on all Teslas with the latest charging ECU. Any cars built prior to October 2020 are using the older type of the ECU and will require a quick visit to Tesla service for retrofitting.

The whole situation gets even more complicated, the retrofitting won’t be offered until next year. Buying the adapter isn’t straightforward either - Tesla owners need to log in to their account to verify first if their vehicle is compatible before being allowed to place an order. If it isn’t - tough luck, no chance to order one at all.

It’s not a huge issue though, most Tesla owners charge their cars either at home or at the Supercharger. Having the CCS adapter is more of a backup, only a small number of owners have no access to home charging or the Supercharger and those should be prioritized.

It’s a move in the right direction by Tesla but with a misstep - as usual. After two years of waiting for a simple adapter, Tesla manages to complicate its purchase and target people who actually might not need it at all. Nothing is easy or simple when it comes to electric cars and we need patience, eventually it all will work out.

This is most likely down to the new charging ECU on the Tesla cars, would love to get my hands on both and take them apart actually :)

Can't help it, but the adapter is incredibly funny looking - the size difference is just sooo big.