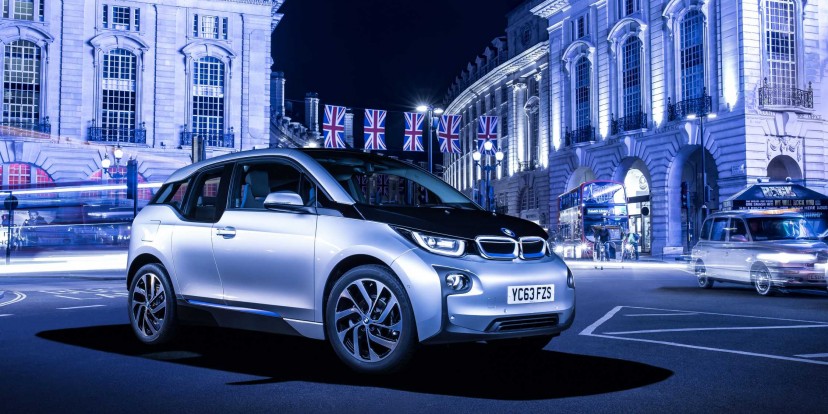 The BMW i3 was first introduced at the end of 2013. It was a compact fully electric vehicle which initially had two versions: all-electric and with range extender. Even though the car is 9 years old now, its technology was so advanced even today no mainstream electric car can match it in certain aspects. Let’s find out why this car was way ahead of its time and let’s see if it makes any sense today as a second hand purchase. 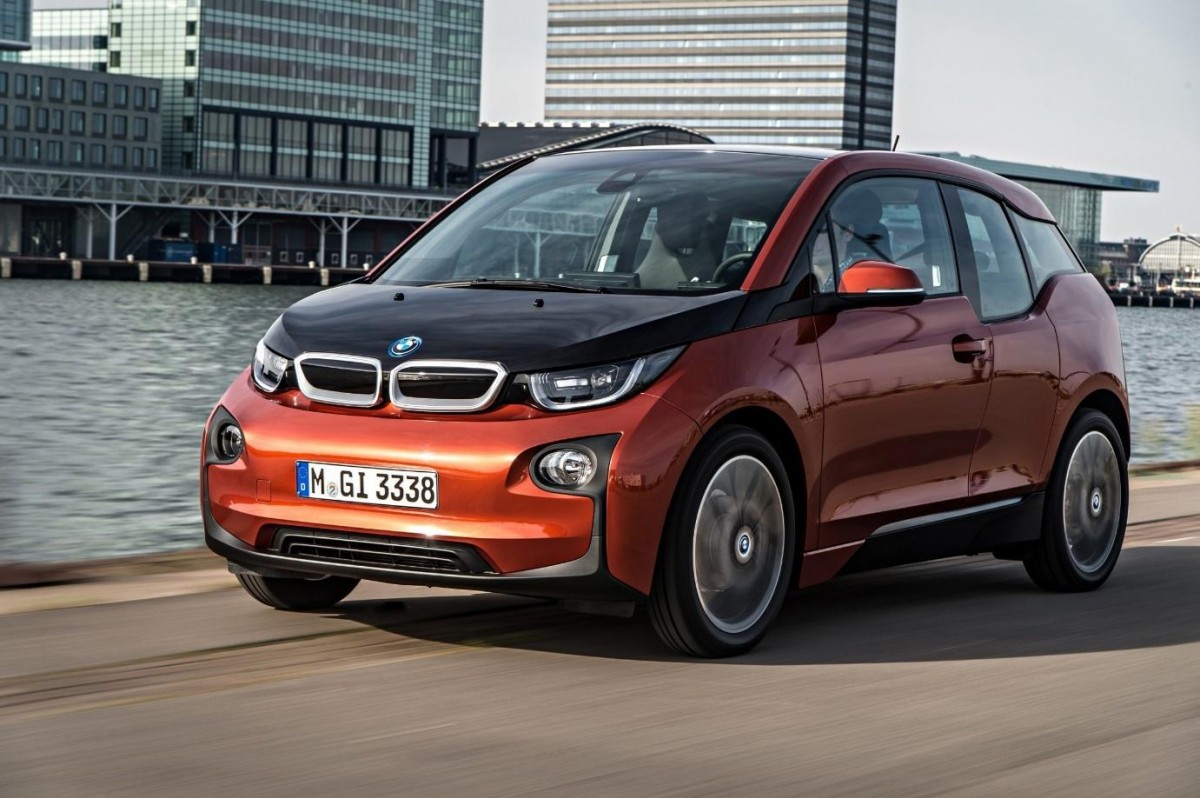 Colin Chapman, the founder of Lotus, has famously said that “adding lightness” is key and BMW took it to heart with the i3. Carbon fiber reinforced plastic (CFRP in short), aluminum and magnesium - those were the materials used in BMW i3’s construction. Materials of this kind were (and still are) unheard of in a mainstream, mass production car. Why? Because they are very expensive, especially carbon fiber and magnesium. Additionally, mass production of carbon fiber parts is very hard.

The i3 was made of two basic modules - the life module and the drive module. Life module was basically the passenger compartment and was made of CFRP. This provided exceptional stiffness unmatched by any other material and maximum safety for the occupants. The stiffness was so high that no B-Pillar was needed!

The drive module was made of aluminum and it housed the chassis and drive elements of the car, while magnesium was used in a supporting structure for the instrument panel. Have all these paid off? They certainly did. The initial BMW i3 with 18.8 kWh battery weighed just 1,270 kg. There has never before been a mainstream car that was manufactured using these materials and techniques.

The carbon and aluminum construction of the BMW i3

The i3 was based on a dedicated electric vehicle platform and it took full advantage of this fact. The engine was at the back and powering the rear axle which, in an electric car, is the best solution. It helps the electric car handle longitudinal acceleration in the best possible manner, as the torque in an electric motor is at its peak from zero rpm. The i3 used a 3-phase permanent magnet synchronous motor, which is the most efficient type of motor an electric car can have with theoretical efficiency of up to 94%.

BMW i3 was available with two power outputs - 170hp and 184hp for the “S” version that came later in the lifecycle of the car. Maximum torque was 250Nm and 270Nm respectively. The single speed gearbox had a total (combined with differential) reduction ratio of 9.67:1. This means that wheel torque was 2418Nm for the regular version and 2611Nm for the “S” version.

These torque and power figures combined with the relatively low weight of the car added up to very respectable acceleration numbers with 0-100 km/h in 7.2s for the base version and 6.9s for the “S” top speed was electronically limited to 150km/h and 160km/h for the “S” version.

Throughout the lifecycle of the car, BMW equipped the i3 with three different liquid cooled battery versions: 60Ah, 94Ah and 120Ah of lithium ion charge. Of course, the capacitance figures that BMW provided, are not directly translatable in kWh but combined with the rated voltages of the batteries, the net energy content was 18.8kWh, 27.2kWh and 37.9kWh kWh respectively with ranges from 160km to 285km.

Because the first i3 used the 18.8 kWh and its range was limited, BMW offered a range extender version as well. It used a two cylinder 647 cc motorcycle engine from BMW Motorrad, which served solely as an electricity generator and provided a maximum range of 300km for the 60Ah version. 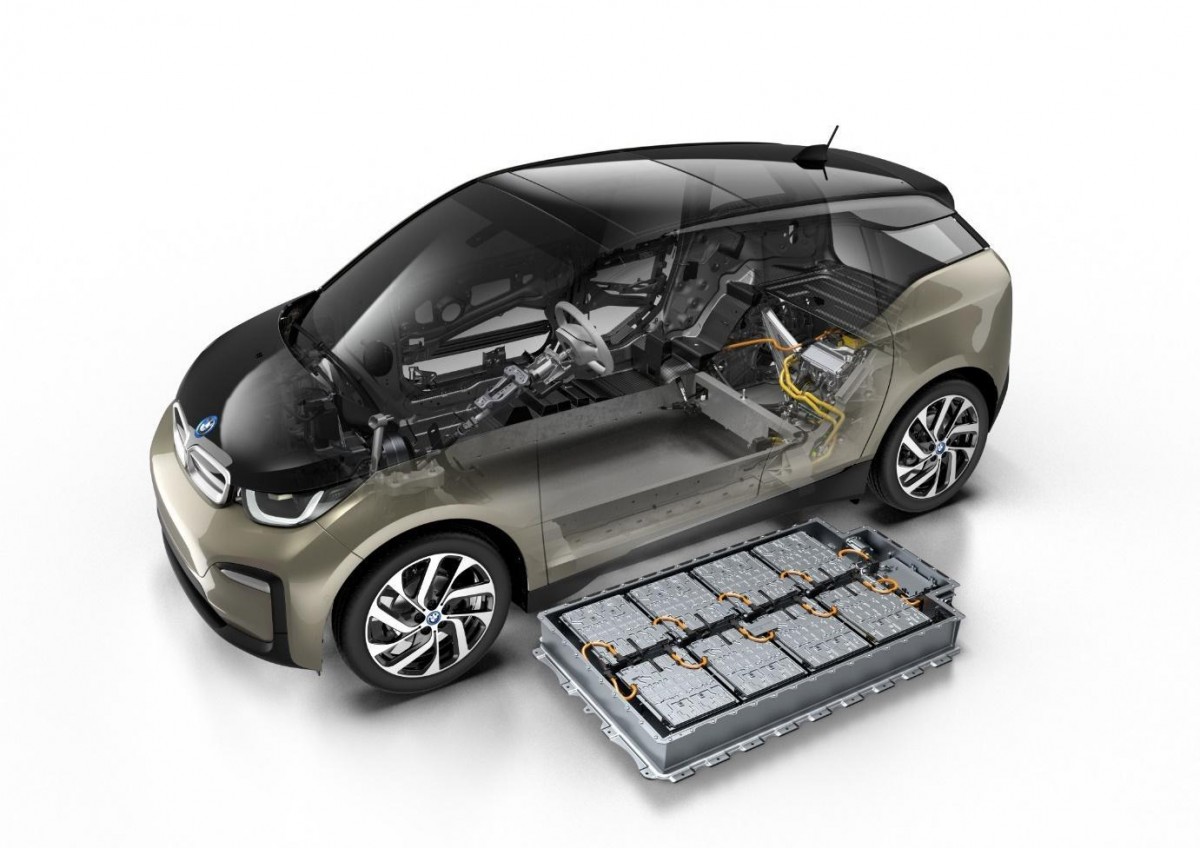 The BMW i3 was equipped with fully independent suspension all around. The front axle used a classic McPherson strut design with a lower wishbone and in the rear, a sophisticated five link design was used which is amongst the best suspension architectures a car can have. Those smart suspension choices allowed the car to maximize handling characteristics while maintaining very decent comfort.

In the wheels and tires department the choices made were a little awkward. BMW i3 used a wheel/tire combination of 155/70/R19. Large wheels are a norm today in electric cars and that’s understandable because in this way the torque is handled better. The very narrow tires of 155mm width were pretty much the only way for BMW to reduce aerodynamic drag and rolling resistance.

The “S” version, because of its sportier orientation, used an asymmetric dimension combination between front and rear axle. 175/55/R20 for the front and 195/50/R20 for the rear. The braking system incorporated ventilated discs in all wheels but of course, as in any electric car, most everyday braking was handled by the motor with maximum recuperation power of 50 kW. 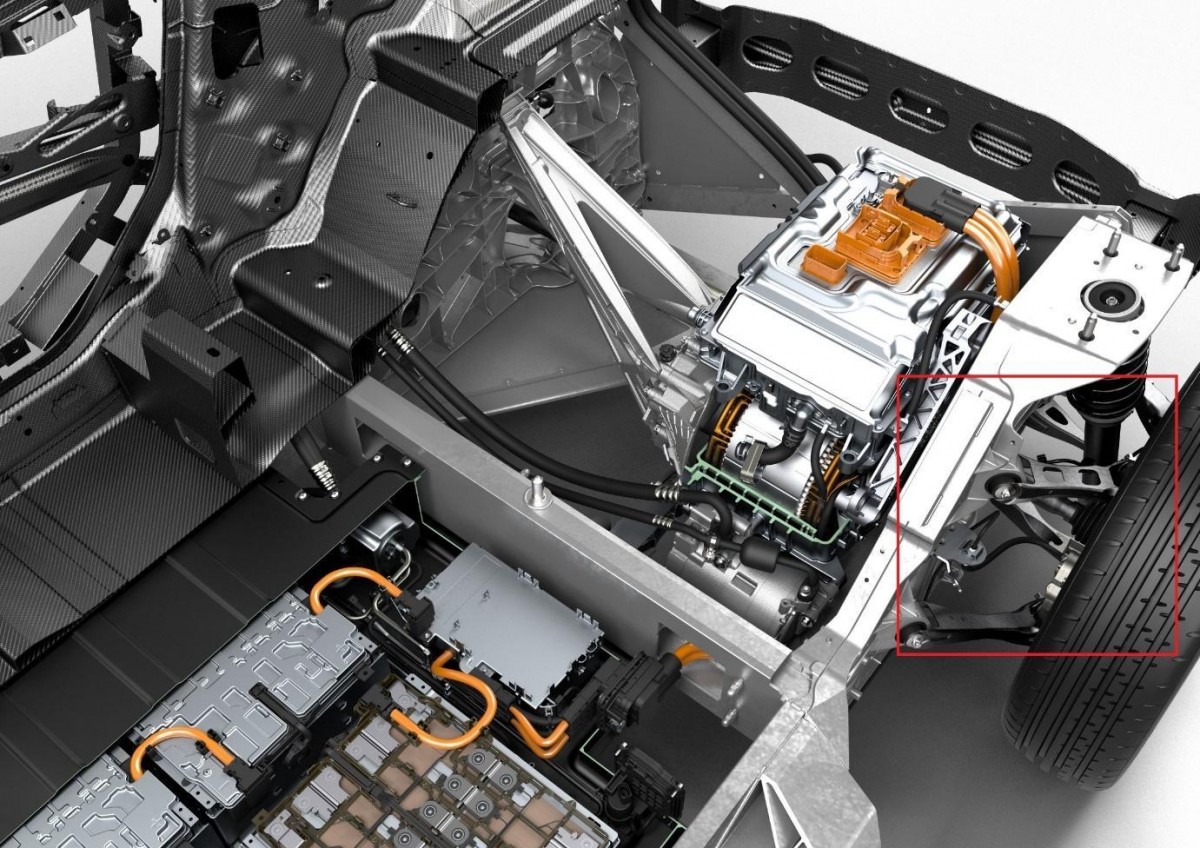 The advanced 5 link rear suspension of the BMW i3

The innovative spirit of the BMW i3 was present on the inside of the car too. The absence of the B-pillar, the opposing front and rear doors and the flat floor created a sense of roominess previously not found in a supermini segment. Some of today’s trends regarding interior displays are influenced by the i3.

The layout of the small instrument cluster display complemented by a bigger infotainment screen, both free-standing, is used widely in the industry today. When it comes to the materials used, sustainability was one of the main goals. Recycled plastic, eucalyptus wood, olive tree leaf extract as a natural tanning agent and kenaf plant were used to highlight the environmentally friendly character of the car. All these properties of the interior added to the whole philosophy of the car. 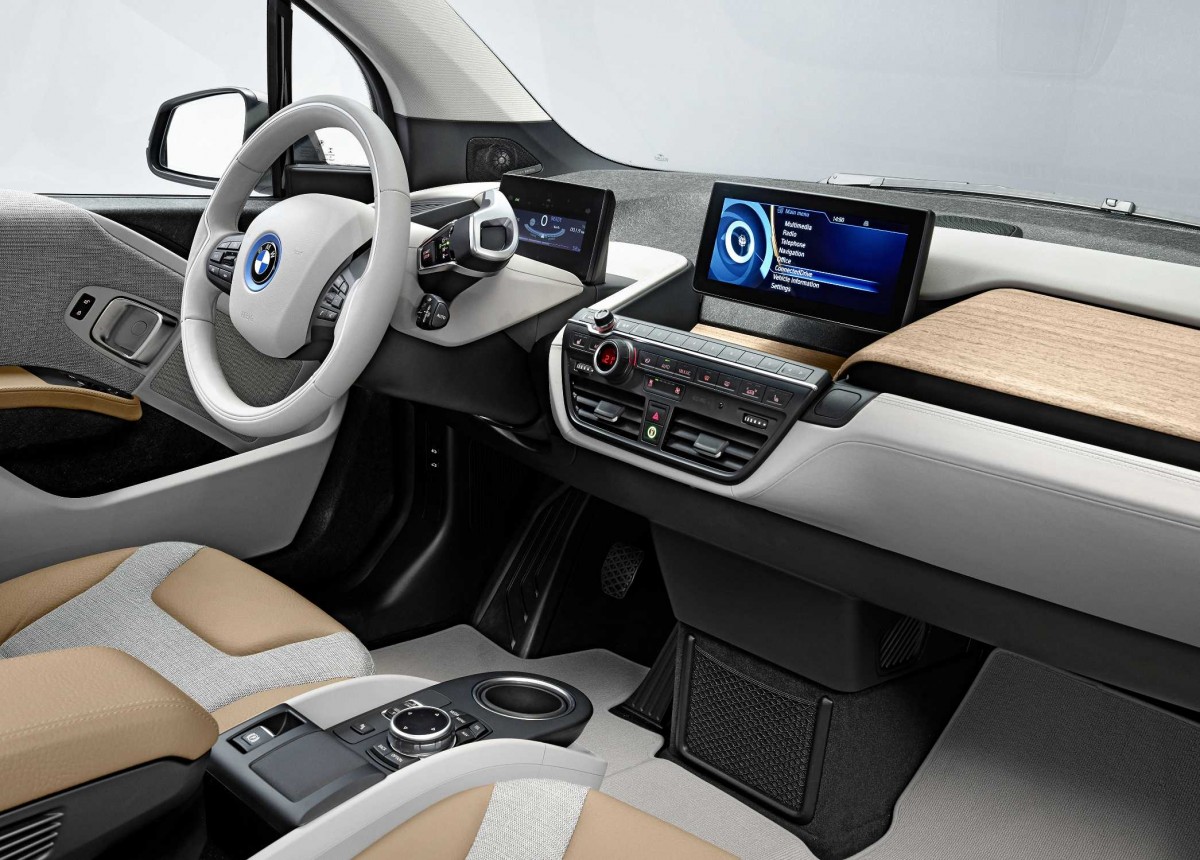 Is the BMW i3 still relevant today?

You bet it is. The level of technology and materials used in BMW i3 are very high. The only area that is obvious that years have passed, is the energy content of the battery. The largest battery fitted on the i3 was 37.9 kWh which is low by today’s standards. This size of battery is perfectly adequate for in-city driving, but it is limiting in highway or long distance trips. Nevertheless, the BMW i3 is still a good choice today for an electric car with a city focus that wouldn’t say no to a short run to the countryside. 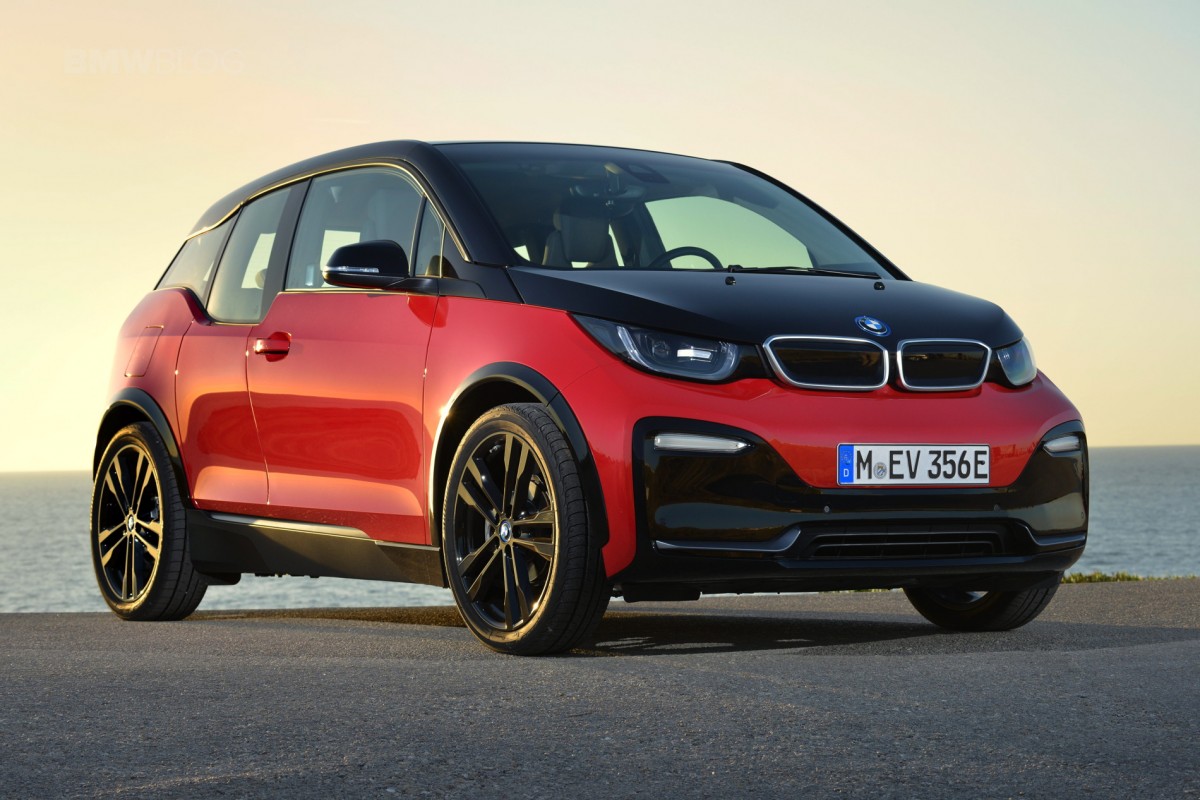 I disagree that the rear/mid engine configuration is ideal. While handling is much improved over front wheel drive, there are some serious safety issues on slick and icy roads when brake regen kicks in. I have gone sideways many times by taking my fo...

Agree with mechluke - battery can be the most expensive part to replace, check if it's still under warranty (8 years) or maybe it has been already replaced? This is one of those cars that it is better to pay a little for a specialist inspection ...