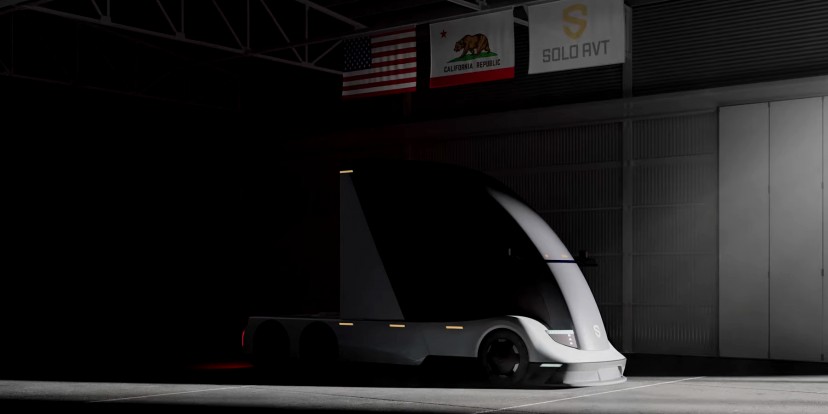 Solo AVT is a new company, a true startup that was only founded in September last year. But people behind the company come from Waymo, BMW and Tesla, Solo AVT closed the Seed Round with over $7 million funding from Trucks VC, Maniv Mobility and Wireframe Ventures.

If that’s not impressive enough then how about a brand new truck design going public in less than 7 months? Seven months from the idea to a design that is ready for the next step. But that’s not all, the truck is not the only revolution here, the fact that it is fully electric or that it is fully autonomous is only part of the very important announcement. The other part is a brand new business model that will have transport companies pay close attention to Solo AVT and the SD1. 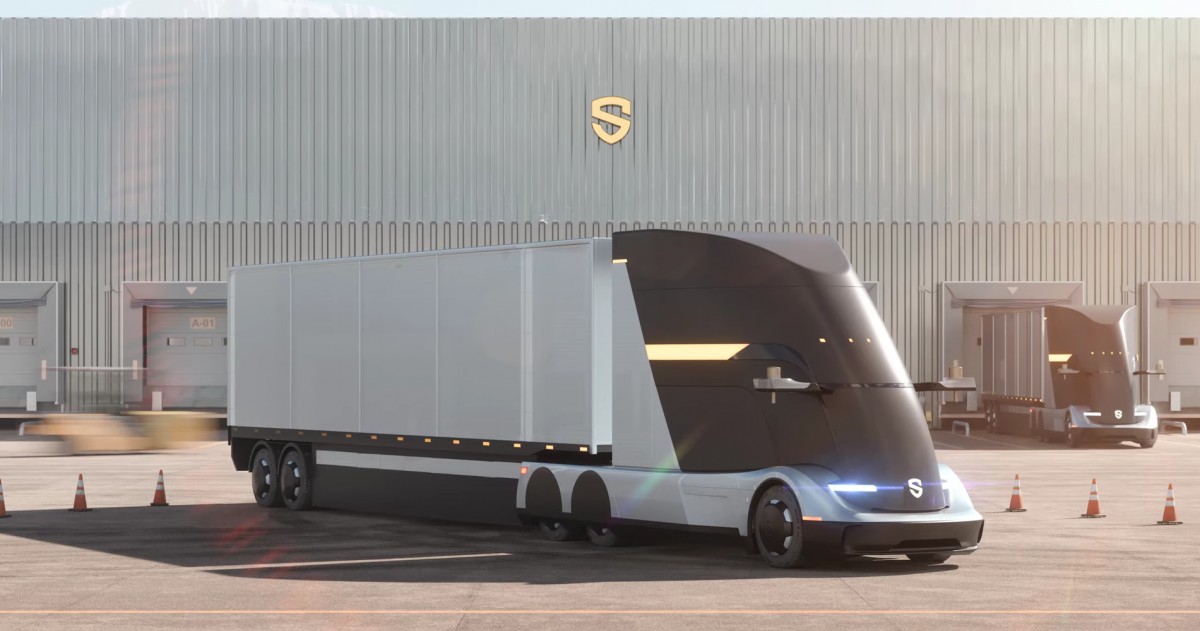 From the outside the SD1 retains the overall shape of the current trucks although there is no argument it is futuristic and it has by far the most aerodynamic shape according to the company. The truck is made up from two parts - giant “skateboard” chassis with both rear axles being powered with integrated electric motors of combined 600 kW (804 hp) output.

The figures for the battery pack are not available at this moment with the manufacturer ensuring that the range exceeds 800 km (500 miles). Judging by the fast progress Solo AVT made so far, it won’t be too long before those figures will be put to a test. 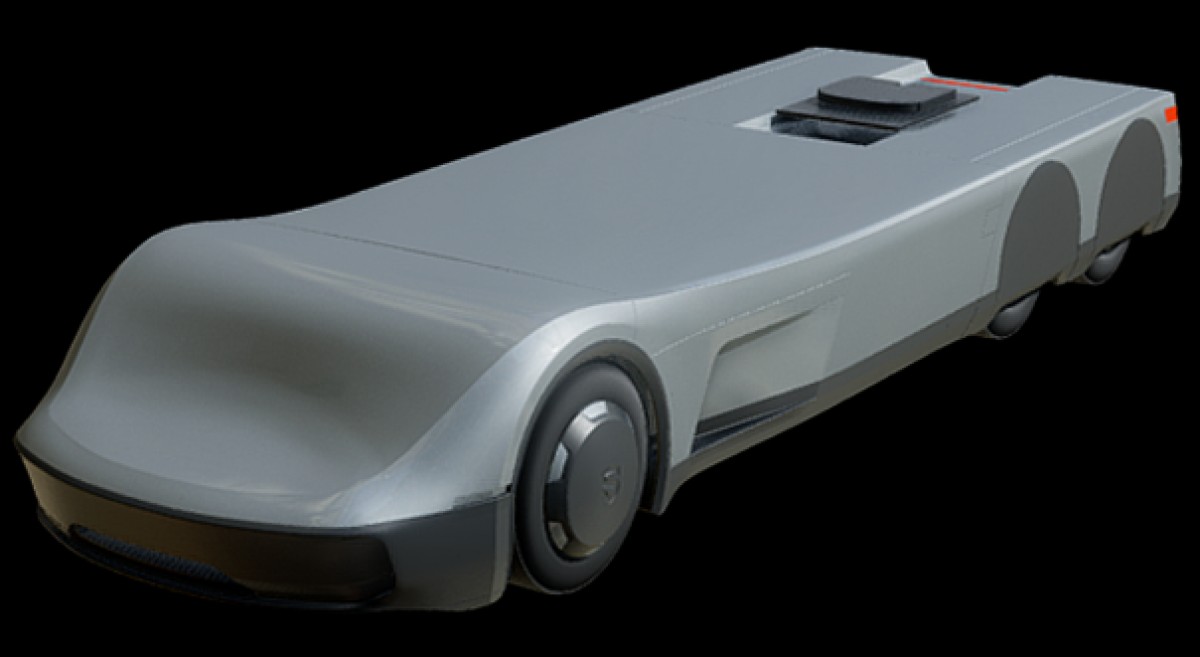 On the top of the “skateboard” sits the cab that instead of a windscreen has lights, there are no windows and the cab’s main purpose is to divert the airflow over the trailer to reduce the drag. The truck is equipped with active aero and in some photos you can see the front spoiler lowers down to only a couple of inches off the floor.

A lot of effort went into making sure this is the most aerodynamically efficient truck out there. Novelty here (as if the truck wasn’t enough) are the lights used to communicate with other traffic and even pedestrians to make sure everyone is aware that this truck is driven by microprocessors and cameras, with no burly driver inside, ready to dish out unwanted life advice or rude gestures. Is that a good part? On that - later. 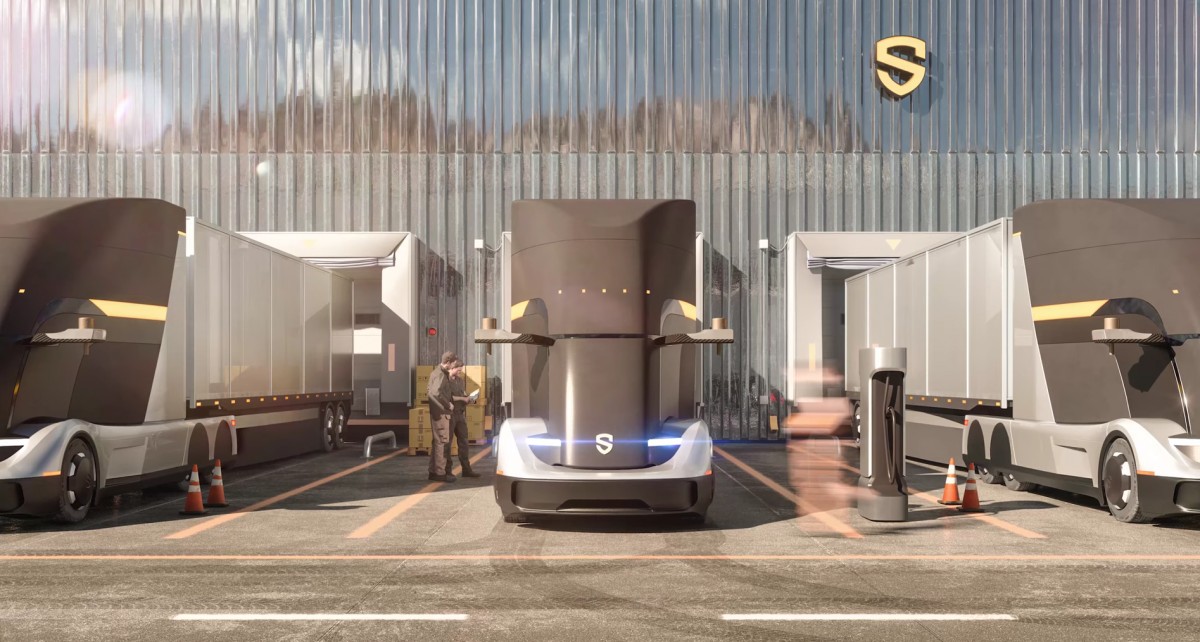 The truck is designed to haul any type of trailer, it is compatible with all types of loading docks and with all types of chargers. It is made to operate on any autonomous software available, it is basically a component ready to be deployed with the best software that will be available at the time it is ready to hit the road.

So when can you buy it? You can’t. Not because it’s a fancy design study - it isn’t. It’s a real deal autonomous truck that will run deliveries across the US within the next few years. But you can’t buy it. Solo AVT believes it has a better idea. 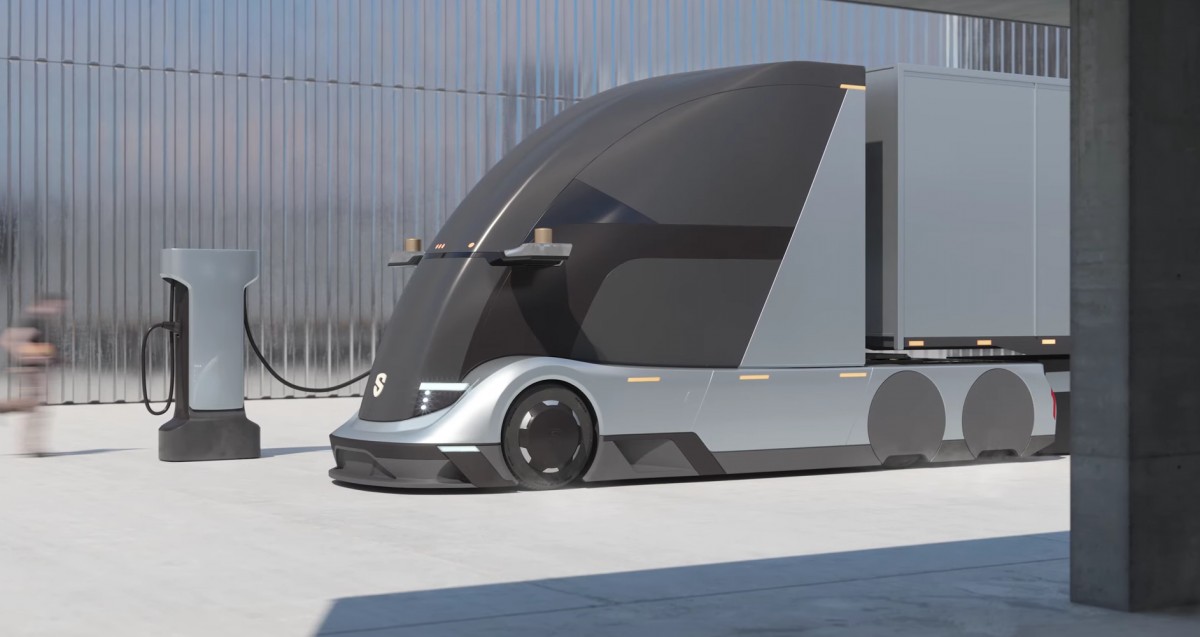 Solo AVT SD1 can be recharged and at charging station

The company will operate the truck as a service. Now - that is a different approach. It’s not new, it resembles subscription cars from the passenger market. Here the Solo AVT will operate the fleet of SD1 trucks offering hauling services.

The company will be fully responsible for everything when it comes to running the fleet - servicing, logistics, charging and whatever may come. The hauliers will simply request capacity and destinations, the company will do the rest. That is a very interesting business model, it’s a first for the trucking industry where the manufacturer operates its own trucks. It will upset a lot of truckers but it might make a lot of distributors happy. 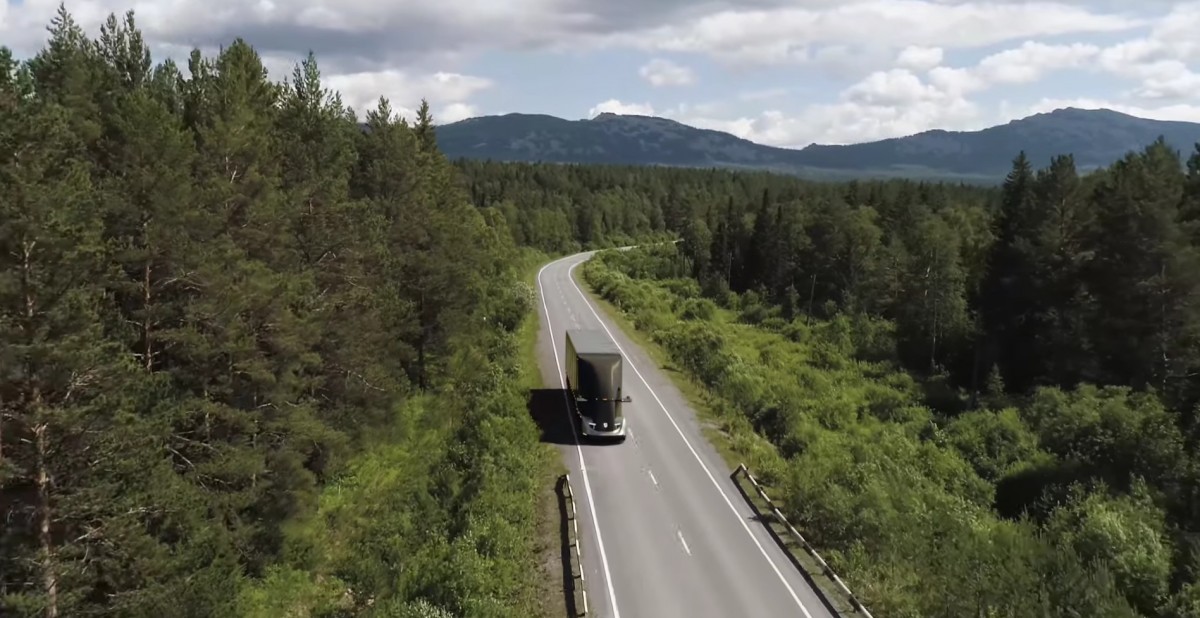 Is this the future? The SD1 driving through the countryside

The last point to be made is not the least important, it is most likely the serious problem Solo AVT will face once it starts rolling out its services. The trucking industry is a backbone of the American economy with 7.65 million of people being employed in related jobs and 3.36 million of drivers on the roads. Solo AVT will not make a big difference to those numbers initially but the competition is watching its progress closely.

The number of drivers is getting lower every year with the drivers getting older on the average as well. New generations are not impressed with prospects of driving for days or weeks on end. The fully autonomous truck can address those issues but it won’t take too long for hauliers to realize that the driverless truck is cheaper to operate.

It’s not only the salary of the drivers that is an issue, it’s the driving hours, time off the driver needs - it all adds up. When the distributor has an option to have service provided 24 hours a day 7 days a week and at a lower rate - it will be hard for many companies to say no. Solo AVT has a winning solution on its hands but it won’t be an easy win.

Five EU member states are against the 2035 ICE ban

Hey - this is what happens when I get to do what I really like doing - talking and writing about electric cars and the tech behind them is a dream come true ;) It's no longer a job :D

Not to discredit anyone in AEV team, but jeez Max, you're on fire. So many articles written already and you're in the comments too! Give this man extra paid holidays or something. Keep it up!

You are 100 percent right. The biggest job will be convincing the people and finding something else for them to do... that will take a lot of effort.