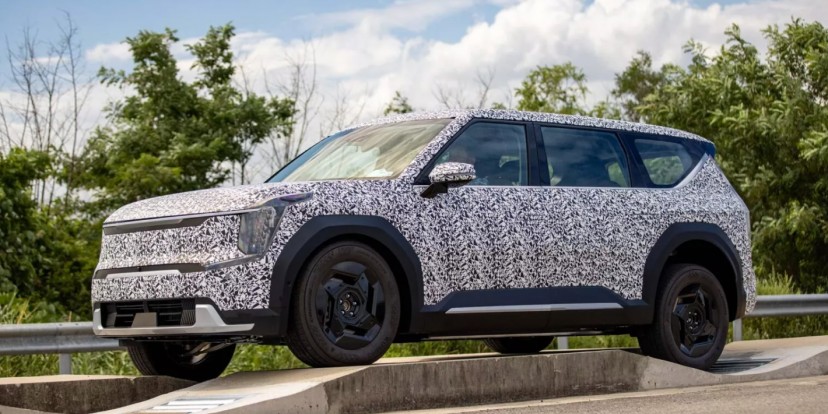 We officially have a leaky Tuesday - first the 2024 Polestar 2 details came out and now Kia EV9 is flexing its specification. This one isn’t a clear-cut case, though, and the specifications have been intentionally obfuscated.

The details come from a customer survey that Kia sent to existing Telluride owners. Now, the Telluride is Kia’s largest SUV and the company clearly hopes, the owners of the ginormous SUV will make a switch to the upcoming EV9. Why, you ask? Well, let’s have a look at the question Kia sent. 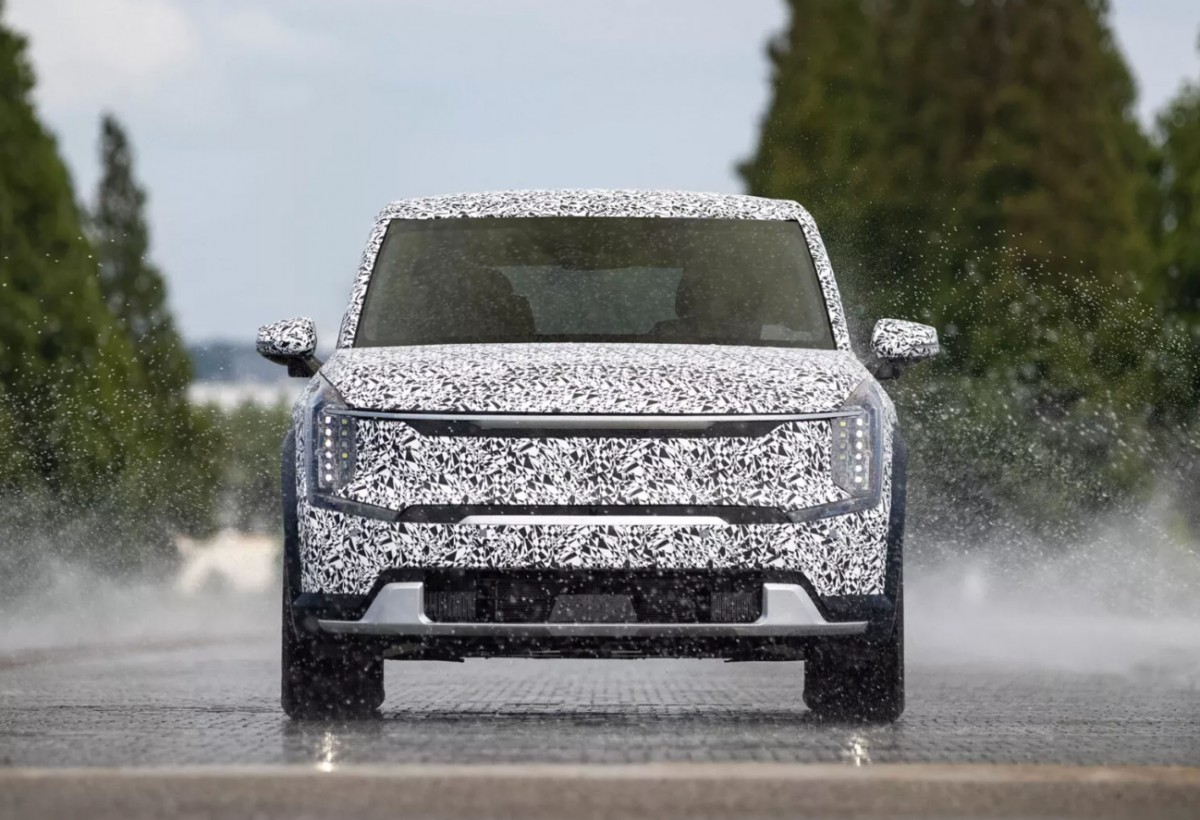 Kia sent the following table to Telluride owners with just one question - which model or trim would you be most interested in buying? Kia is fishing for the most desirable model for the EV9 as it surely wants to gauge interest before deciding which trims make sense. As the company is trying to gauge the demand, it has to give the customers some choices.

What we can see in the table, is that the two entry models will have a single-motor setup with 200hp. In reality this may mean the company will use the same motor we already have in the Kia EV6 LR which in that car pumps out 228hp. The cheapest entry model will start about $56,000 and will come with the smallest battery and around 220 miles of range.

The next trim has the same motor but a bigger battery, most likely the 82.5 kWh unit that Kia, Hyundai and Genesis use in their respective EVs. That battery ups the range to 290 miles and makes this trim one with the longest range and interestingly enough, a six-seat arrangement is the only option.

The next three trims have dual-motor 400hp AWD setup and the larger battery, again most likely the 82.5 kWh unit. The range drops to 260 and 240 miles respectively, which clearly is the result of larger wheels and slightly higher weight. The top trim has the highest torque at 480lb-ft (650Nm) but the power output remains the same. The torque difference is enough to catapult this large SUV from 0 to 60 mph in 5.2 seconds. 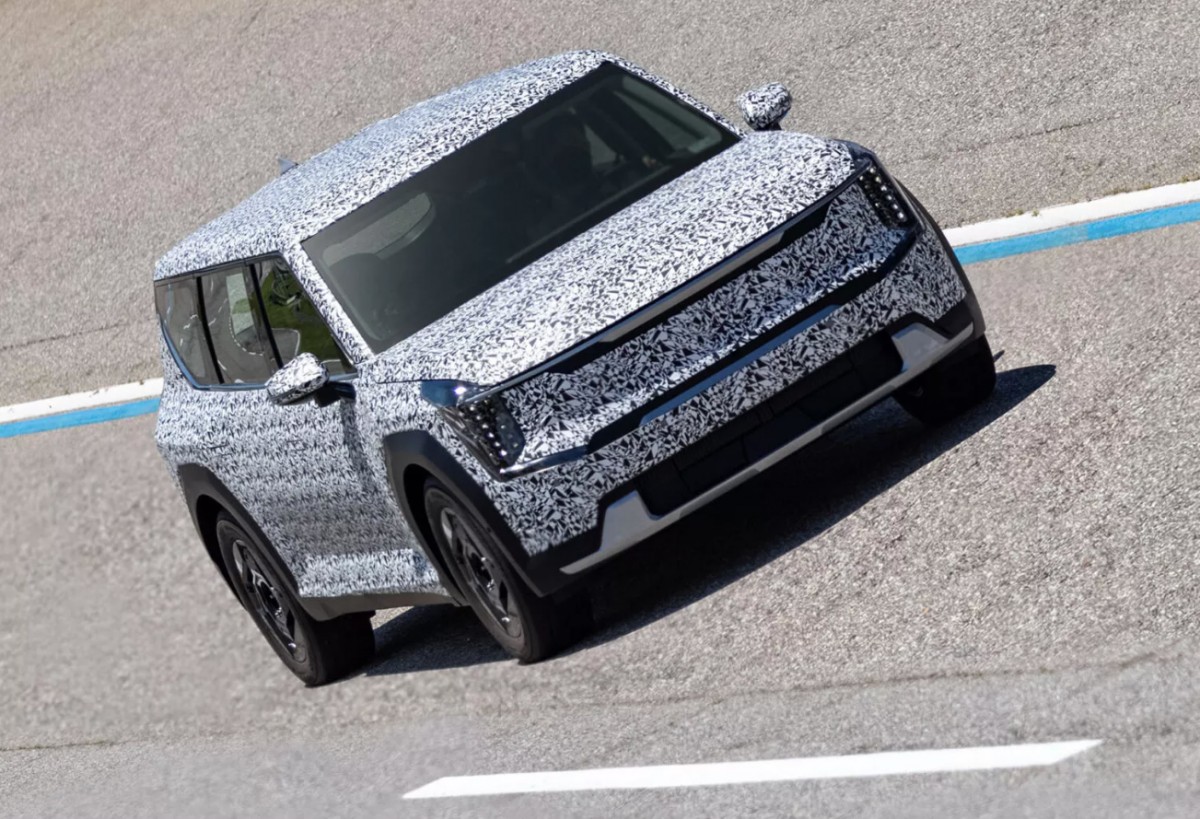 All these numbers are fairly close to what we see on Kia EV6 and it makes sense for the company to use the already proven powertrains. Once the Kia EV9 goes into production, the number may change, but it won’t be a huge difference. The EV9 will be a highly capable SUV with a decent towing capacity in the higher trims, but towing will obviously reduce the range drastically.

Kia EV9 will be the first large electric SUV from the group and will be followed by Hyundai Ioniq 7 and then by Genesis with its own model. In the US, the EV9 will square up to Rivian R1S but in size only, Rivian is the real deal off-road vehicle while Kia will be more of a boulevard poser. Unless Kia has some surprises up its sleeve. 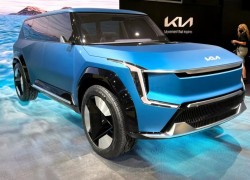 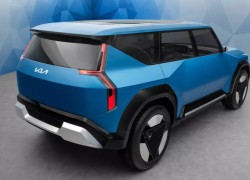 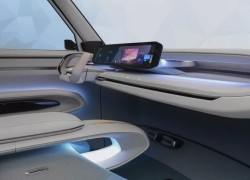